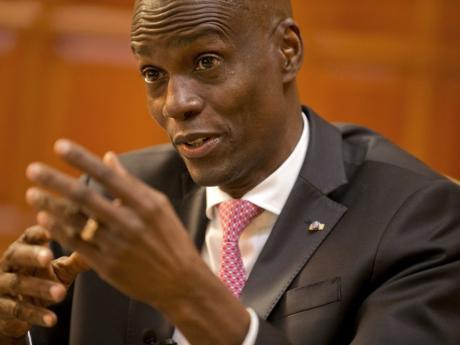 UNITED NATIONS (AP) — Haiti’s president blamed powerful oligarchs on Monday for seven attempts in his four-year term to overthrow Haiti’s democratic system, most recently an attempted coup on February 7, but said he remains committed to democracy.

Jovenel Moïse defended his use of decrees which say him recently retiring three supreme court judges and appointing their replacements.

He said he had to take off his “gloves” to fight against organised crime, rampant insecurity and kidnapping instigated by the oligarchs.

Nonetheless, he told a virtual meeting of the UN Security Council that “we see the democratic regime and elections are the only way to have access to power.”

The president spoke after UN special envoy for Haiti, Helen La Lime, who told members that efforts by part of the opposition to unseat Moïse on February 7, as well as the president’s actions reacting to the alleged coup attempt and a senior judge’s announcement of his appointment as interim head of state, “have further hardened the positions of the principal actors in the political crisis that has for too long affected the lives of the Haitian population.”

“As the country prepares to enter a tense pre-electoral period, the polarisation that has defined most of president Moïse’s term in office has become even more acute,” she said, pointing to shrinking civic space and an alarming and deteriorating humanitarian situation.

La Lime also cited the February 14 peaceful demonstration in the capital Port-au-Prince by some 3,000 demonstrators “to denounce what they deem to be a looming risk of return to authoritarian rule.”

The opposition claims that Moïse’s five-year term ended on February 7, but Moïse has reiterated that it ends in February 2022 since he wasn’t sworn in until 2017.

Prior to that, a provisional president ruled Haiti for one year following chaotic elections marred by allegations of fraud.

Moïse has repeatedly said he will step down in February 2022 and has called for legislative and presidential elections to be held on September 19, with a runoff scheduled for November 21.

Critics accuse Moïse of amassing more power in recent months, noting that he already had been ruling by presidential decree ever since he dissolved the majority of Parliament in January 2020 after failing to hold legislative elections in 2019 amid political gridlock.

Moïse countered that the government faces “an enemy which is powerful and has a great deal of means.”

He said his administration put in place an economic system “to stop the systematic pillaging by our authorities to the detriment of our people” but the oligarchs didn’t want reforms or change so he instituted reforms in the utility sector and purchase of petrol, and dismantled 64 of the 100 existing gangs the oligarchs support.