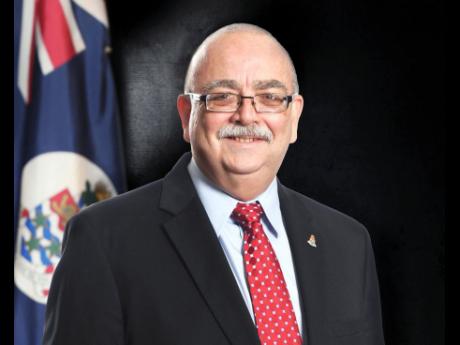 McTaggart said he was “overjoyed” with the results of the election and is confident of forming a coalition government.

GEORGE TOWN, Cayman Islands, CMC – Finance Minister Roy McTaggart is being tipped to lead the new coalition government in the British Overseas Territory after voters on Wednesday re-elected 12 incumbents and seven newcomers, including three women, to the 19-seat Legislative Assembly.

McTaggart, the leader of the Progressives party that also includes outgoing premier, Alden McLaughlin, is likely to lead the new government after McLaughlin indicated that he was prepared to hand over the government to his former cabinet colleague.

McLaughlin, who faced a tighter-than-expected race in Red Bay against Sammy Jackson, eventually prevailed with 56 per cent of the vote.

He later described the poll as one of the hardest elections he had ever fought.

But, he said he was happy to step down as premier, acknowledging that it had been a tough last year amid the challenges of the COVID-19 pandemic.

A statement issued by the Electoral Office announcing the results of the polls noted that “this election is the first time voters chose who they would like to represent them in Parliament since it changed in 2019 from the Legislative Assembly.

Candidates will contest the 19 seats, as defined by the 2015 Electoral Boundary Commission’s report.

In 2017, the Cayman Islands held the first elections in more than 50 years under the one man, one vote system.

Of the elected members of the Legislative Assembly, seven are chosen to serve as government ministers in a cabinet headed by the Governor, who also appoints the Premier.

The elections were originally scheduled for May 26.

But McLaughlin had asked Governor Martyn Roper to dissolve Parliament on February 14 and the change was seen by political observers as a move to avoid a no-confidence motion against Speaker McKeeva Bush, who had received a two-month suspended jail sentence in December 2020 for assaulting a woman in February that year.

McKeeva, a former premier, was among the successful candidates and his conviction appears to have dented his popularity in West Bay.

He narrowly retained his seat, later admitting it was a “cliffhanger” after his 27-vote win over Mario Ebanks.

McTaggart said he was “overjoyed” with the result and confident of forming a coalition government.

“All of the incumbent Progressives candidates were elected quite resoundingly,” he said, adding “the country is clearly happy with the Progressives and the government we have led.”

“We are starting with a position of strength,” he said, targeting a coalition of 12 to 14 seats.

McTaggart said he would anticipate several independents “would be a part of helping us form the government.”