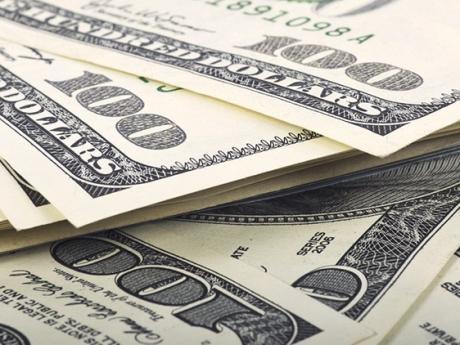 Remittances flow to Latin America and the Caribbean grew an estimated 6.5 per cent to US$103 billion in 2020.

Officially recorded remittance flows to low and middle-income countries reached US$540 billion in 2020, just 1.6 per cent below the 2019 total of US$548 billion, according to the latest Migration and Development Brief.

Remittances flow to Latin America and the Caribbean grew an estimated 6.5 per cent to US$103 billion in 2020.

The World Bank said while COVID-19 caused a sudden decrease in the volume of remittances in the second quarter of 2020, remittances rebounded during the third and fourth quarters.

It said the improvement in the employment situation in the United States, although not yet to pre-pandemic levels, supported the increase in remittance flows to countries such as Mexico, Guatemala, Dominican Republic, Colombia, El Salvador, Honduras, and Jamaica, for which the bulk of remittances originate from migrants working in the United States.

On the other hand, the weaker economic situation in Spain negatively affected remittance flows to Bolivia (-16 percent), Paraguay (-12.4 percent), and Peru (-11.7 percent) in 2020.

In 2021, remittance flows to the region are expected to grow by 4.9 per cent.

The cost of remittance transfers to the region was 5.6 per cent in the fourth quarter of 2020.

In many smaller remittance corridors, however, costs continue to be exorbitant.

“As COVID-19 still devastates families around the world, remittances continue to provide a critical lifeline for the poor and vulnerable,” said Michal Rutkowski, Global Director of the Social Protection and Jobs Global Practice at the World Bank.

“Supportive policy responses, together with national social protection systems, should continue to be inclusive of all communities, including migrants,” he added.

Remittance inflows rose in Latin America and the Caribbean (6.5 per cent), South Asia (5.2 per cent) and the Middle East and North Africa (2.3 percent).

However, remittance flows fell for East Asia and the Pacific (7.9 per cent), for Europe and Central Asia (9.7 per cent), and for Sub-Saharan Africa (12.5 per cent).

The World Bank said that the decline in recorded remittance flows in 2020 was smaller than the one during the 2009 global financial crisis (4.8 per cent).

It said the main drivers for the steady flow included fiscal stimulus that resulted in better-than-expected economic conditions in host countries, a shift in flows from cash to digital and from informal to formal channels, and cyclical movements in oil prices and currency exchange rates.

The true size of remittances, which includes formal and informal flows, is believed to be larger than officially reported data, though the extent of the impact of COVID-19 on informal flows is unclear.

The World Bank said that the relatively strong performance of remittance flows during the COVID-19 crisis has also highlighted the importance of timely availability of data.