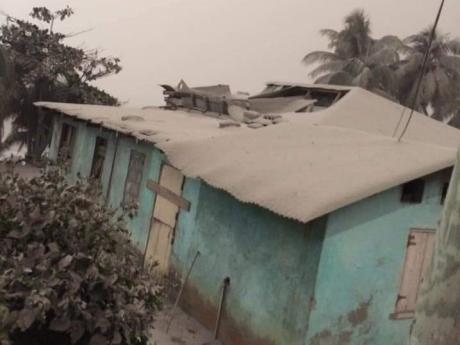 The fiscal package contains EC$18.8 million in income support for over 14,000 Vincentians across the country.

KINGSTOWN, St Vincent, CMC – The St Vincent and the Grenadines Government says farmers as well as other people employed in the volcano Red Zone will get financial support for the rest of the year to help cope with the loss of income as a result of the eruption of La Soufrière.

“Many of these individuals face lengthy periods of reduced or non-existent income before they can restore their earning capacity or their ability to independently support their families,” Finance Minister Camillo Gonsalves told parliament.

He said that a banana farmer could take up to a year before reaping his first bunch, while root crop farmers might have to wait six to seven months.

“So there are people who are deeply affected not only now but will be affected for months to come,” the finance minister said as he presented an EC$117.9 million supplementary budget.

The fiscal package contains EC$18.8 million in income support for over 14,000 Vincentians across the country.

“As such, income support represents 16% of this total supplementary budget. Almost 75% of that income support will go to farmers and fishers, undoubtedly the sector most significantly affected in the post-eruption economy,” Gonsalves said.

He said that farmers in the Red and Orange zones will receive EC$500 per month in income support from June to December this year, at a cost of EC$10.5 million.

Gonsalves said farmers south of the Orange Zone were also significantly affected by ashfall and disrupted markets, while fishers were unable to effectively ply their trade due to the turbidity of coastal waters.

He said they will receive a one-time EC$500 payment, at a total cost of EC$3.8 million.

“Non-farmers in the Red and Orange zone, from the shopkeepers to the block makers to the restaurateurs, beauticians, labourers will all have a difficult period of adjustment once they return to their homes,” Gonsalves.

The La Soufrière volcano erupted explosively on April 9, resulting in thousands of people being evacuated and placed in shelters.

While the volcano has had minimum seismic activity in recent days, the authorities have marinated the ban on persons going into the Red Zone while allowing others to go into the Orange Zone under supervision.

Opposition lawmakers have supported the fiscal package even as Opposition leader Dr Godwin Friday said they had planned to “ask for more”.

Friday said that there needed to be compensation for people who have lost their animals and their property.

“What they are talking about is about giving you implements so that you can start over. But what about if you had 10 sheep and you lose them? That's a big loss for you,” Friday said.

“There are other things that can be done as well. The payments that are being made, those are temporary and very small. This is something that we are going to be dealing with for a very long time,” he added.