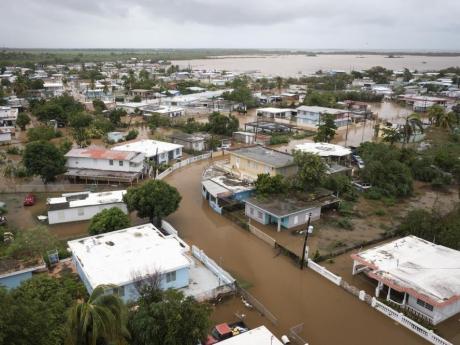 CAYEY, Puerto Rico (AP) — Hurricane Fiona blasted the Turks and Caicos Islands on Tuesday as a Category 3 storm after devastating Puerto Rico, where most people remained without electricity or running water and rescuers used heavy equipment to lift survivors to safety.

The storm's eye passed close to Grand Turk, the small British territory's capital island, on Tuesday morning after the government imposed a curfew and urged people to flee flood-prone areas. Storm surges could raise water levels there by as much as 5 to 8 feet above normal, according to the United States National Hurricane Center.

Late Tuesday afternoon, the storm was centred about 75 miles north of North Caicos Island, with hurricane-force winds extending up to 30 miles from the centre.

Premier Washington Misick urged people to evacuate. “Storms are unpredictable,” he said in a statement from London, where he had attended the funeral of Queen Elizabeth II. “

You must therefore take every precaution to ensure your safety.”

Fiona had maximum sustained winds of 125 mph and was moving north-northwest at 8 mph, according to the hurricane centre, which said the storm was likely to strengthen into a Category 4 hurricane as it approaches Bermuda on Friday.

Rain was still lashing parts of Puerto Rico Tuesday, where the sounds of people scraping, sweeping and spraying their homes and streets echoed across rural areas as historic floodwaters began to recede.