Fiona barrels toward Turks and Caicos as Category 3 hurricane 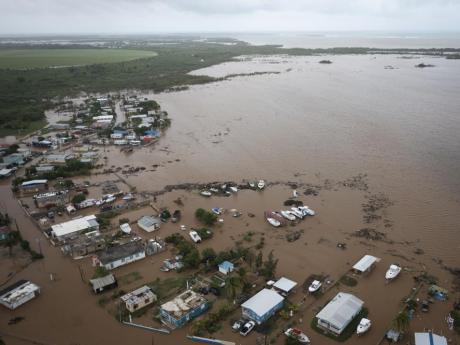 SAN JUAN, Puerto Rico (AP) — Hurricane Fiona barrelled toward the Turks and Caicos Islands on Tuesday as a Category 3 storm, prompting the government to impose a curfew.

“Storms are unpredictable,” Premier Washington Misick said in a statement from London, where he was attending the funeral of Queen Elizabeth II.

“You must therefore take every precaution to ensure your safety.”

Misick is scheduled to return home on Thursday.

Early Tuesday, Fiona was centred 20 miles southeast of Grand Turk Island. It had maximum sustained winds of 115 mph and was moving north-northwest at 10 mph.

The intensifying storm kept dropping copious rain over the Dominican Republic and Puerto Rico, where a 58-year-old man died after police said he was swept away by a river in the central mountain town of Comerio.

Another death was linked to a power blackout — a 70-year-old man was burned to death after he tried to fill his generator with gasoline while it was running, officials said.

The National Guard has rescued more than 900 people as floodwaters continue to rush through towns in eastern and southern Puerto Rico with up to 30 inches of rain forecast for some areas. Multiple landslides also were reported.