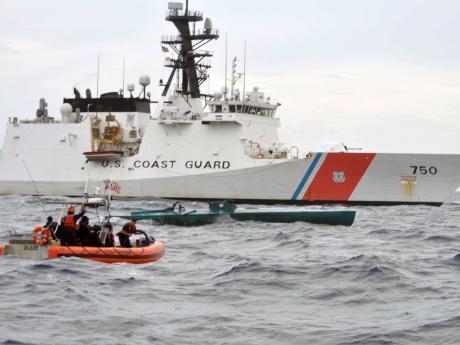 SAN JUAN, Puerto Rico (AP) — The United States Coast Guard has detained a boat carrying 396 Haitian migrants near the Bahamas in one of the biggest human smuggling incidents in the region, Bahamian officials said.

The migrants were detained close to the far-flung Cay Sal island located between Florida and Cuba, immigration officials in the Bahamas said in a statement Sunday.

They said the migrants will be processed on the Bahamian island of Inagua and later repatriated.

Nicole Groll, a US Coast Guard spokeswoman, told The Associated Press on Monday that the interdiction happened Saturday afternoon and involved a 50-foot boat.

“It was grossly overloaded and very much unsafe,” she said.

No further details were immediately available.

Thousands of Haitians are fleeing a spike in gang violence and deepening political instability in a country that currently has no democratically elected institutions.

Many travel to the Bahamas and other nearby islands in hopes of eventually reaching Florida.

The voyages are often deadly, with migrants crowding into makeshift vessels that have capsized in recent months.