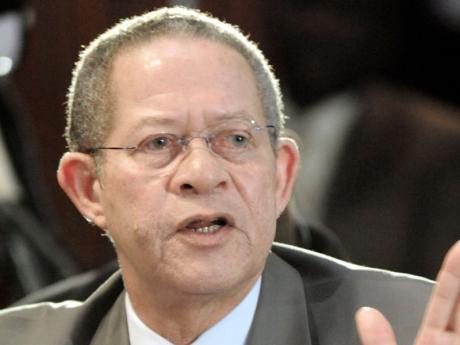 Within three months of the Jamaica Labour Party Government taking office on September 11, 2007, the world was hit with what was to become the worst global economic crisis in 80 years. Very few countries were spared its wrath. Even celebrated economies like Ireland, Spain, Japan, Denmark and Finland were battered.

Jamaica was not in any shape to ride out the storm. In the previous 18 years, the economy had average annual growth of a mere one per cent despite the decade-long global economic boom of the 1990s, when most developing countries were enjoying robust growth. Unlike some other countries, we had no fiscal surplus or cash reserves to finance any major stimulus package. Our debt burden required 52 per cent of the Budget to service.

The blows we took didn't end there. In the first nine months of my administration, oil prices rose from $64 to $145 per barrel, the highest in history. World food prices rose by 45 per cent. By the first half of 2009, three of our four alumina plants were shut down, wiping out almost a half of our export earnings. Forbes magazine of July 8, 2009 listed Jamaica as the 10th worst-affected country.

Despite all of this and the inevitable pain it inflicted on the Jamaican people, we were able to avoid the catastrophic dislocation that many countries across the world suffered. Financial institutions collapsed in the US, Europe and various other parts of the world, including Trinidad and Barbados, destroying the life savings of billions of people. A survey conducted by Oxford University and published earlier this year attributed more than 10,000 suicides to the impact of what is now called the Great Recession. Not one financial entity in Jamaica went under.

By 2011, our economy had returned to growth in every sector except transport, financial services and real estate. Tourist arrivals increased when almost all other destinations were in decline. Agriculture grew by 18 per cent.

Yes, we had to borrow substantially to fill the gap created by the fallout in export earnings, foreign direct investment and remittances. But by borrowing at cheaper rates, reducing interest rates, and with the benefit of the JDX, the share of the Budget that had to be set aside for debt service had fallen from 52 per cent to 48 per cent. We succeeded in divesting huge loss-making entities like Air Jamaica and the sugar estates, burdens that we could no longer carry.

Despite all the unprecedented challenges we had to face, we sought to cushion the impact on the poor and most vulnerable by abolishing high-school tuition fees and hospital charges and by increasing PATH benefits by 140 per cent. We enhanced human-rights protection with the enactment of the Charter of Rights, a new defamation law, and the establishment of INDECOM and the special coroner. Murders dropped by 28 per cent - the largest decrease in any four-year period since 1984.

We initiated the fiscal responsibility rules, finalised the tax and pension-reform strategies, and developed the public-sector transformation programme.

Contrary to the oft-made assertion that we underestimated the extent of the global recession (a misrepresentation of Audley Shaw's assurance that the financial system would be able to withstand its impact), I spoke directly to the likely effects in my first Budget speech as prime minister on April 22, 2008. But I didn't conjure up any missing or wasted years.

Indeed, I said, "I want to address these challenges and, in doing so, I don't intend to dwell on the past or to be unduly critical of those who were here before. I am prepared to concede that they did their best and did what they thought was best. So, my purpose here today is not to curse the darkness, rather to shine some light. But we must recognise the darkness for what it is."

Could we have done more? Hindsight needs no spectacles and the answer is almost always yes. But ... four missing years?

Bruce Golding is a former prime minister of Jamaica. Email feedback to columns@gleanerjm.com.