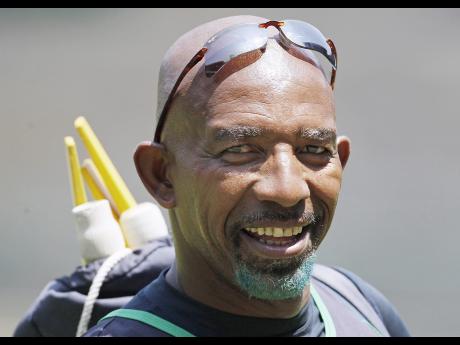 Phil Simmons' rant about West Indies selectors being influenced is without doubt the sports story of the week. We didn't see it coming.

Phil gives the impression that he is a calculated, measured man, a direct contrast to the explosive batsman he was in his playing days. Make no bones about it, Phil Simmons was wrong, and the board was well within its right to take him off front-line duty.

His utterances mean that there will be a serious trust issue whenever he has to sit around a table with the selectors again, and that may well make his job untenable. He has subsequently apologised, and under normal circumstances, that should have been the end of that. Not this time. A lot of what has transpired since Simmons made his outburst needs to be examined.

For one thing, why does he feel that there was outside interference? What does he mean by outside? Does that mean outside the selection panel, or does 'outside' mean not from the Caribbean?

One man with a penchant for conspiracy theories told me that the Indians can't be too happy with Dwayne Bravo and Kieran Pollard, the two who have been seen as the ringleaders in that infamous walk-off. Their actions, after all, eventually led to the Indian board losing more than US$40 million. So could this outside interference be coming from India, assuming that there was any interference at all?

The irony is not lost on me that the chairman of selectors, Clive Lloyd, was adamant that neither Pollard nor Bravo was good enough to make the World Cup squad. He went to great lengths to point out that they were not special players and that their form suggested that they were not doing much, and he had to look to the future.

By telling us that Clive Lloyd was making a ringing endorsement for these two, Phil Simmons has done a lot of harm to Clive Lloyd's integrity. Clive had claimed that he didn't drop the players out of any ill feeling after the Indian walk-off, but looking back one now has to wonder. One also has to question the meaning of chairman of selectors. What's the point of giving someone the 'boasy' title of chairman if he can simply be outvoted by three other people? In real terms, Clive is just as regular as the other selectors.

Maybe the biggest point to ponder in all this is something I have been asking for years: Why do we need selectors in cricket? In every other major sport, the coach, if it's a national team, or the coach and the owners, if it's a club team, are the ones that decide on a squad. Why does cricket persist with this archaic foolishness that three or four people must pick a squad for the coach? Why is that necessary?

Surely, as Bill Parcells of the New York Jets said, "If they want you to cook the dinner, at least they ought to let you shop for some of the groceries." The coach must get the players he wants, and then if the team doesn't perform, he can't have the ready-made excuse that he didn't have his best team.

It has to be tragic that the coach and the captain and the chairman of selectors, the three most crucial in this mix, wanted two people that they couldn't get, while three other people could get their choice!

What is even more strange is that the person who has replaced Simmons as coach, at least for the short term. Eldine Baptiste, we are told, has the best rÈsumÈ of all those who were immediately available. If that is the case, why wasn't Eldine involved in the coaching set-up before? We have three assistant coaches who have been operating for a while: Curtley Ambrose, Stuart Williams and Andre Coley. Why were none of them considered? These three must now be wondering if they are merely good enough to act as the second-in-command but can't be top dog.

Collectively, they must feel disrespected, and you now have to wonder what kind of working arrangement can there be between them and their new boss, Eldine, who has been plucked out of virtual obscurity. Spare a thought for the players who embark on another tour with all these off-the-field issues.

Where West Indies cricket is concerned, the more things change, the more they remain the same.