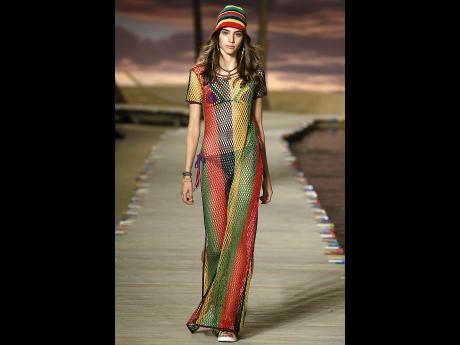 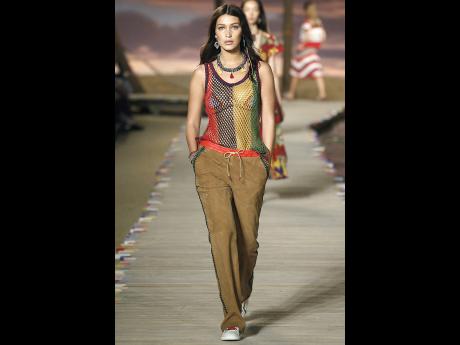 IMITATION IN business is not flattery. Many people view it as robbery.

If ever there was a reminder to me that we needed to protect our intellectual property, it was the Tommy Hilfiger 2016 Spring Collection launched recently at New York Fashion Week. Dubbed ‘Island Life’, many pieces in the line appear all too familiar to me. In fact, they downright bear an identical resemblance to 1980s versions of any Rastafarian or bad-bwoy Jamaican staple attire: the red, green and gold mesh merino. Dear Team Tommy, the mesh merino is ours.

It’s been ours for the past three or four decades. Take a moment to Google any dancehall music video or album cover from the 1980s or ‘90s and you’ll be sure to find ‘your new designs’ emblazoned all over them. Those performers didn’t take a time machine and steal your future clothes. Your collection is actually ‘inspired’ by real-life people who were making said clothes long before you were. This is the kind of issue I would expect the culture and commerce ministries to collectively jump on and say, “Hold on just a second.” Sure, we can’t patent the colours red, green and gold. But certainly we can defend a red, green and gold vertically bold-striped mesh merino that the designer admitted was “island inspired”. And especially since the original makers of these designs were never men and women of extraordinary means, someone should still be looking out for their interests.

Brand Jamaica is built on the backs of ordinary people. Jerk chicken never originated in the kitchens of the aristocrat. Our Jamaican artisans are hard-working, often self-taught men and women with keen eyes and talented hands. Many musicians who preserve authentic reggae aren’t flossing in gold chains and plane hopping. They are ordinary, everyday Jamaicans just trying to feed their families with the talents they have. We must protect these people and their craft from the expropriation of outsiders. I have questions about what I saw presented by Mr Hilfiger as the genius of his stylist team.

1. Can the designer go ahead and now copyright something that Jamaicans have been making and wearing for decades? And can he then sue the original Jamaican designer for reproducing them?

2. Does a local manufacturer of the shirts have a real claim against this global corporate giant even without a patent?

3. Is it too late for a Jamaican cottage business to put out an international patent on the items?

4. Do the caveat ‘inspired by’ and ‘our version of’ give big brands the latitude to produce knock-offs? The situation highlights for me a bigger issue that needs to be addressed with urgency.

We need to protect with fervour the things that are ours. We are doing a pretty good job now with protecting Blue Mountain Coffee, however, we have so much more to defend. I’m batting for ‘jerk’ to be the next regulated word. I’ve had some very questionable ‘jerk’ chicken around the world, and it pains my heart to think people would walk away thinking that was the real deal. Every now and again a YouTube video keeps resurfacing of a British chef on a TV show making “Jamaican rice and peas”. He uses frozen green peas ... the kind you’d add to potato salad. This is a show for which he was paid; for which sponsors paid to have the show aired. Who steps in and says, “Stop tell lie pon Jamaica!”? Undoubtedly, Jamaica is infectious. People want to look like us, dress like us, talk like us, dance like us. And there are crafty commercial minds who see the economic opportunity in being Jamaican, and they are exploiting it in a way we still have not been able to.

Our shortcomings in either resources or foresight are allowing outsiders to cash in on Brand Jamaica. And if we don’t act fast, we will never be able to reclaim what was once ours. We are losing Jamaica to the world. Our motto can no longer be ‘No Problem’.