JFF hits back at Gleaner editorial 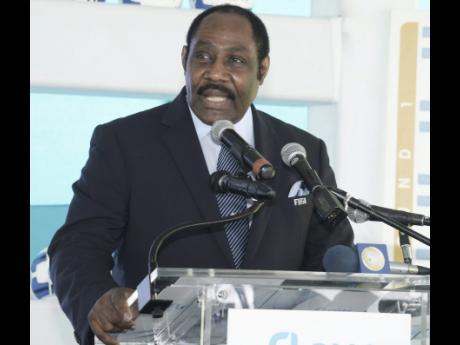 The Jamaica Football Federation (JFF) takes note of your editorial in The Gleaner of Saturday, November 14, 2015 under the caption 'Horace Burrell needs to shape up'.

We are responding not only to correct some misconceptions but, importantly, to clarify some points made. We do this precisely because we believe in transparency of organisations like the JFF. This is important not just for our football-loving fans and spectators who support the programme, but for our very valuable partners.

We respond to the specific points made:

Captain Burrell is running the JFF like his private business as opposed to a public institution on behalf of the Jamaican people.

On the contrary, we would submit that it is precisely because Captain (and, by extension, the JFF) recognises his responsibility to the Jamaican people and responsibility to try to meet their high expectations why there has been a consistent effort to put the best coach and most experienced team on the field to deliver the best result for the country.

It is this passionate leadership throughout the years that has led Jamaica to be just one of two English-speaking Caribbean countries to reach the World Cup; to be the only Caribbean country to reach the finals of the CONCACAF Gold Cup; and to have put up sufficiently respectable results to attract offers from relatively high-ranking countries for games.

It is this indomitable spirit that has led to so many of our local players since 1998 getting contracts overseas and being able to come back and play for Jamaica. It is this approach that resulted in 14 of 23 players called to the national squad for the game against Panama being footballers who learned their craft in Jamaica and have returned to play for our country while plying their skills abroad. This policy and style show respect and sincere effort to have a good football product for Jamaica.

Indeed, we posit that if immersing oneself with passion and drive in leading a public institution is tantamount to running it "as if it is his own business", then Captain Burrell stands guilty as charged.

Discussions will always continue and are encouraged on the pros and cons of everything, but it could never be said that the effort has not been there to build a product that best represents Jamaica and the Jamaican people. Indeed, that is our driving force.

Something is wrong with the relationship between Captain, the JFF and the senior men's team reflected in the federation always seemingly being stuck up at the beginning of crucial tournaments.

There is definitely a challenge in this regard that all, including Captain and the federation, agree needs to be resolved. The fact is that the federation has tried to resolve outstanding issues with the team, and this has included a draft contract. This is currently under discussion.

The JFF is saddled with enormous costs related to the operations of its many national programmes. The teams participate in international tournaments at significant costs (millions and millions of dollars). All these costs add up. In the very week of that important qualifier, we had two female national teams leaving the island with airfares again costing millions. Funding for these programmes is inadequate despite support from the Jamaican government, our corporate partners and FIFA. Against this background, the JFF is often forced to improvise and seek concessions from our players who have legitimate claims on the question of remuneration.

Contract negotiations are a legitimate process that need to be brought to conclusion. We are very well aware of this and this remains an absolute top priority for the federation and, no doubt, the players.

With respect to the specific incident on the president not being direct in outlining the reason for the meeting held on the eve of the last game, we do not believe that he showed any disrespect to any journalist or to the Jamaican people, as is being alleged. The reality is that Captain had to make a judgement call quickly on the spot about revealing all issues involved in the discussion at that time so close to the game. He would have to assess if being fully open at the time would have worsened the situation.

A statement to the media without the consent of the other party would have been inappropriate. The president obviously made an assessment and did not divulge any information. Some may disagree with that and may feel it should have been all laid out.

We do not think it is fair to suggest that the president was at all disrespectful. The JFF president is well known for having an open-door policy to the Jamaican media.

Captain Horace Burrell is not transparent and he needs to release financials.

For the record, we need to report that the JFF board receives at all its quarterly meetings up-to-date financials, including the most recent financial results of its operations. Questions are asked and answered and clarifications are given at these meetings. In addition, the more than 100 members at our annual general meetings receive audited financials. The last being the 2013 audited statements tabled in July 2015. So our numbers are hardly a secret. Questions are asked and answers are given.

Books up to date

Further, unlike many public or quasi-public institutions, the JFF has up-to-date audited financials that are only qualified by a 'going concern' paragraph because of the consistently precarious nature of our financial position. The JFF would not be able to draw down on FIFA subventions without these. Indeed, even locally, these have to be submitted to the Sport Development Foundation for any drawdown.

Our 2014 audited statements are outstanding only because FIFA investigations have delayed the audits on all national associations, including the JFF, and efforts are being made to complete the 2014 financials as soon as possible. However, the internal audit preparations were way advanced when FIFA put a hold on KPMG audits. All other audited statements are available.

We, therefore, rebuke any suggestion of the federation acting secretly in these matters.

Finally, in respect to the entire article and the content, we reiterate that the main challenge facing the JFF remains its ability to finance and support all its national teams, as well as its back-office operations and its developmental programmes.

The only solution is greater understanding from all; greater financial support and, yes, definitely we agree beyond a shadow of a doubt sharing much more of our reality with all.

• Raymond Grant (JP) is general secretary of the JFF. Email feedback to columns@gleanerjm.com.