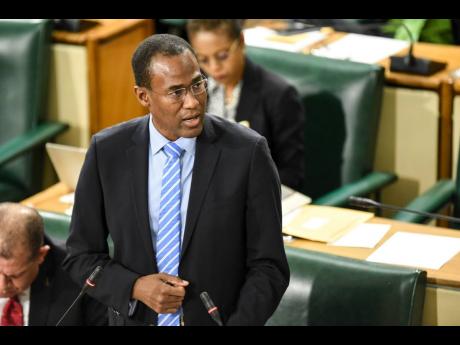 For the next few weeks, at least, all Jamaicans who are serious about personal and national development should pay attention to the explanation of the 2019-2020 national Budget, which will take place in the Houses of Parliament.

It is important because it is really the only occasion when we get to examine how the Government intends to use all the money that it takes out of our pockets.

Paying attention to the Budget process, though, means that you have to get beyond the many deflections placed in the way of easy understanding.

First of these is the tsunami of partisan cant that dominates and usually confuses the discourse.

Then, there is the unnecessarily complex way in which the figures are presented. Indeed, the very process is not designed to portray a clear and true picture of the country’s finances.

One helpful departure this year has been The Citizens’ Guide to the Budget, which the Ministry of Finance published recently.Today begins the scrutiny of each ministry’s Estimates of Expenditure by members of parliament.

In reality, it will be the opposition members who will interrogate the numbers while government supporters try to hurry along the process, convinced as they are that what is presented reflects the plenitude of wisdom and that any critical focus is a yearly nuisance inspired by pure badmindedness.

No suggestions or changes are ever entertained. The event is thus of very limited usefulness. But it could be so different if the occasion were employed to critically explain how each allocation adds to the general good.

I would like to see each ministry’s allocation being the subject of a zero-budget exercise every five years. Take three or four ministries each year, cover all in a five-year cycle, and question and defend all expenditure, matching dollars to targets and outflows to accountability.

And invite sectoral interests to attend, give their input, criticise, and understand how their sector is being managed.

This would add meaning and depth to the annual exercise and dislodge the mentality that the Budget is not ours, but Government’s money, and that they are doing us a favour by telling us how they will spend it.

Under the present format, most of the taxpayers’ money is allocated on a preset formula.

The existing structure of the public service takes first priority, and offices, posts and programmes are financed year after year without regard to their efficiency or efficacy.They ‘nyam out’ most of the money. And after all of that, plus the debt payments, innovative programmes get the ‘what lef’.

This is no way to achieve transformation. This methodology is egregiously wasteful, and its practise transcends and frustrates successive administrations.

Then, too, there is deceit embedded in the Budget process. As I understand it, our Government operates on a system of cash rather than accrual accounting.

This means that we reflect our owings as we pay them rather than as we incur them.

So we really do not know how much money is owed on the street. Which company on the stock exchange could operate like that?

Finally, for now, in the Budget review process, scant attention is paid to the public bodies, which, as we have been finding out in relation to Petrojam, operate largely beyond regular public scrutiny and rack up losses that we, the public, have to pay.

Ask yourself, what control is imposed over the National Road Operating and Constructing Company, the Jamaica Urban Transit Company, and the National Water Commission, which are among the agencies that this year will continue to bleed the public purse?

It is time to radically reform the Budget process, which the political culture and parliamentary process seem incapable or unwilling to do.