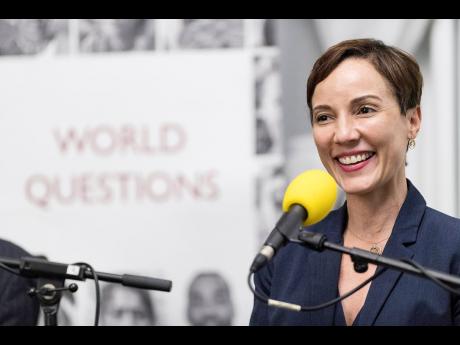 I mentioned it in my last article on the current status of the African, Caribbean and Pacific Group of states (ACP) –European Union (EU) post-Cotonou negotiations, and the media reported that the regional Caribbean (CARIFORUM) EU consultations were held in Jamaica on April 15. You will recall that, as agreed, the post-Cotonou agreement will comprise a general foundation agreement and three regional agreements (protocols) with Africa, the Caribbean and the Pacific. The first regional consultation was held with the Pacific and the second with the Caribbean. The third, with Africa, is to be held in early May in the Kingdom of Eswatini (formerly Swaziland).

The main lead negotiators were in Jamaica for the consultations – the EU commissioner for international cooperation and development, Neven Mimica, and ACP Minister Robert Dussey of Togo. The Caribbean’s co-chair was the minister of foreign affairs and foreign trade of Jamaica, Senator Kamina Johnson Smith, in the absence of St. Lucia, current chair of CARIFORUM. Also attending were: Carl Greenidge, former Vice President and Minister of Foreign Affairs of Guyana, which is a technical lead for the Caribbean regional negotiations; Ambassador Irwin LaRocque, as secretary general of CARIFORUM; and His Excellency Patrick Gomes, ACP secretary general.

The consultations were intended to identify the key priorities for inclusion in the Caribbean protocol. These priorities quite likely reflect those in the existing Joint Caribbean-EU Partnership Strategy and include regional integration and cooperation; sustainable development, climate change, natural disasters and resilience; peace and security; and assistance to Haiti, the only designated least -developed country (LDC) in the region. CARIFORUM is a region of mainly middle-income countries.

On April 16, a panel discussion was held as a side event at The University of the West Indies (UWI) Regional Headquarters. It was organised by the Office of the Vice Chancellor and the Sir Arthur Lewis Institute of Social and Economic Studies (SALISES). The theme was ‘Reconfiguring History: The Caribbean-European Union Partnership and the Post 2020 EU-ACP Agreement’. The keynote address was delivered by Professor Maurizo Carbone of the University of Glasgow, an EU advisor who spoke on ‘The EU and Caribbean beyond the Cotonou Agreement: Responsibility, Regionalism and Resources’. The discussants were H.E. Sheila Sealy Monteith, Jamaica’s ambassador to the EU in Brussels; Carl Greenidge; and Mr Domenico Rosa, Head of unit at the European Commission C Directorate General of International Cooperation and Development.

Regarding the theme, ‘Reconfiguring history …’, hopefully, it does not mean attempting a revision of history. Rather, in the light of a changing regional and global environment, it speaks to an effort to change the future ACP-EU relationship to one that will be mature and should place the partners on equal footing, thereby moving away from the asymmetrical donor-recipient relationship of the last 44 years that arose from the historical colonial relationship with some EU members. This is the view of the EU. Professor Cabone, in his presentation, mentioned that in determining the EU’s post -Cotonou approach, there was a divide between the “regionalists” concerned with prioritising the relationship on the basis of colonial geographic configurations, and the “globalists”, wanting to move beyond those historic constrictions. You may wonder whether a relationship between the EU and the ACP can be one of equals.

Note that only eight of the now 28 EU member states had colonies. With Brexit, the United Kingdom (UK), which sponsored the Commonwealth ACP countries, its former colonies, entering into a trade-and-aid relationship with the EU, will soon be ending its EU membership. Facing a changing environment, the ACP has been examining what its future would be both as an organisation and in its relationship with the EU. For the ACP, that relationship should be based on mutual respect and cooperation. In the post-Cotonou negotiations, the ACP, with strong support from the Caribbean and Pacific, opted to retain the framework of previous negotiations with its institutional structure to secure a single agreement and not fragment the ACP through regionalisation. They did, however, agree to negotiate regional protocols.

Following the presentations, I was left wondering whether the ACP, particularly the Caribbean, and the EU are on the same page in their view of the outcome of the negotiations in spite of assurances given by the EU. The ACP and the EU have agreed to use a negotiating formula more commonly known in the World Trade Organization (WTO), which is “nothing is agreed until all is agreed”. This means that all four parts of the post-Cotonou agreement must be completed and agreed together as a single package or undertaking. This should maintain the alliance and its institutional framework and result in a single agreement. In addition, this formula, for the ACP and the Caribbean, seems aimed at learning the lessons from the Economic Partnership Agreement (EPA) negotiations, in which the overarching ACP/EU negotiations, 2001-2004, were abandoned and the focus was shifted to separate regional agreements with each working and concluding at their own pace. The Caribbean, of course, was the first to complete negotiations for a comprehensive EPA.

In the panel discussion, I also took note of the comment that at the economic level, the CARIFORUM (population – about 27 million without Cuba) does not seem attractive to the EU and thus, its focus should be on political cooperation. From the Caribbean, I would think that the EU should look very attractive as a market of about 450 million without the UK. This raises questions about the status of the CARIFORUM-EU EPA, for which the second review of its implementation and effectiveness is about to commence. My impression is that it has been difficult to get EU businesses to be interested in the Caribbean EPA. The post-Cotonou negotiations have at their core achieving the UN Sustainable Development Goals (UN SDGs), and trade is one of the critical means for their implementation.

GATEWAY INTO THE REST OF THE UNION

A significant portion of the CARIFORUM trade has been with the UK, which has also been the gateway into the rest of the Union. In 2018, the EU exported goods valuing €7.546m to the CARIFORUM countries while importing €4.274m. To fully examine the economic relationship, we would also have to look at the level of investments and trade in services, such as tourist arrivals into the Caribbean. With the pending departure of the UK, CARIFORUM has to build a much stronger trade and investment relationship with the EU 27. In Jamaica, we know of the Spanish hotel investments, the French involvement in road construction and petroleum supply, Belgium in public transportation, and telecoms company Digicel, out of Ireland, to name a few. But can CARIFORUM increase its trade and investment into the EU 27 and attract more investment into the region? That’s another question. For implementation of the EPA and the post-Cotonou agreement, the Caribbean should be undertaking a strategic review of its relationship with the EU27. Apart from diplomatic representation in Brussels, the only CARIFORUM countries showing resident diplomatic representation in multiple EU countries are the Dominican Republic, Cuba and Haiti. Jamaica has an embassy in Berlin. The Jamaican trade promotion agent for Europe is based in the UK.

Many questions to reflection on were raised from the panel discussion, including the extent to which persons in the audience were familiar with the issues. I would urge The UWI, at all its campuses to coordinate and be more engaged in analytical work on this unique and important relationship and to ensure that its work is widely disseminated.

As the EU and the Caribbean prepare to commence regional post-Cotonou negotiations, I note that the EU, on April 17, issued a foreign-policy communication outlining a new relationship with the Latin America and the Caribbean (LAC) region. The EU has had a continuing relationship with the LAC as a group and has established the EU/LAC Foundation. The press release stated that the EU is strengthening its political partnership with the LAC by focusing on four priorities – prosperity, democracy, resilience and effective global governance – for a common future. For the EU, this policy will be reflected in the post-Cotonou negotiations with the Caribbean. This LAC element should be considered by the Caribbean, especially on the matter of development support. It is possible that the ‘globalists’ are still influencing EU policy on its ACP relations.

As the negotiations continue in Brussels and the Caribbean continues its own preparations, I would be remiss in not also pointing to the EU Parliamentary elections on May 23 and 26. These elections will see a change in EU political leadership, and thus, it is quite possible that the negotiations cannot be concluded by July as originally proposed. The technical work will continue, and hopefully, these political changes will not significantly affect agreed policy positions for the post-Cotonou negotiations. Let us continue monitoring these negotiations and the related issues.