Verene A. Shepherd | My conversation with Canada’s minister of immigration, refugees and citizenship 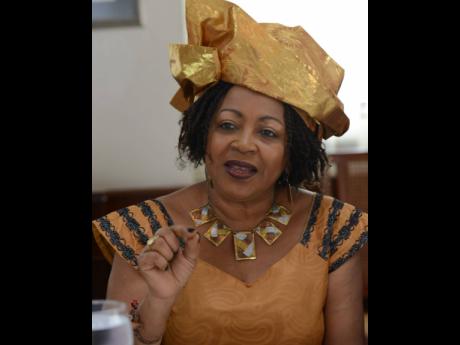 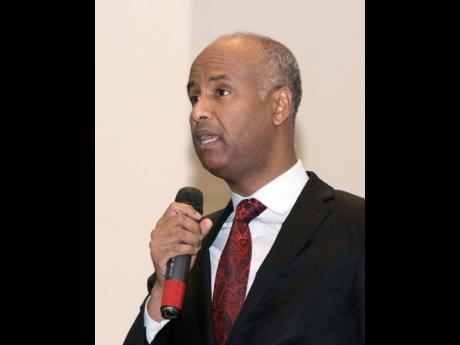 I was pleased to have been asked to engage Canada’s minister of immigration, refugees and citizenship in a wide-raging conversation on Canada’s migration policy and practice on Monday, May 20, at the Regional Headquarters of the University of the West Indies (UWI) before a knowledgeable and keen audience.

The minister is himself an immigrant-turned-Canadian citizen. Born and raised in Somalia, Ahmed Hussen migrated to Canada in 1993 and settled in Regent Park, quickly gravitating towards public service and later political representation. He is in fact the member of parliament for the riding of York South-Weston; but he prides himself on his background as a lawyer and social activist, with a proven track record of leadership and community empowerment. He has a big portfolio but seems determined to manage it successfully.

Minister Hussen and a team from the Canadian High Commission, including her Excellency Laurie Peters, visited The UWI to provide information on immigration policy and procedures as well as on the educational dimension of immigration to Canada. Canada has long been the recipient, not just of skilled labourers and economic migrants from Jamaica, but also of Jamaican students seeking to enter Canada’s Tertiary Educational Sector. Indeed, there is a growing collaborative relationship between Canada and the University of the West Indies, most recently through the proposed partnership with Brock University for a Canada-Caribbean Studies Institute.

The question-and-answer session after the formal interview was lively, with the greatest concern expressed over the new facilities at Haining Road in Kingston to receive applications for visas. Many are watching to see if this new location will satisfy the needs of Jamaicans for a comfortable processing experience. We will watch that page.

To my delight, though, I discovered that the minister earned a BA degree in history from York University. So, I took the opportunity over lunch to talk history with the minister. Among other historical topics, I shared the terrible history of the just under 600 Trelawny Town (Cudjoe’s Town) Maroons who fought in the Second Maroon War (1795-96) and who were exiled from Jamaica on June 26, 1796 (arriving almost a month later) to a life of hardship in wintery Halifax, Nova Scotia, before petitioning to be sent to Sierra Leone in 1800.

They were deported by the British forces as a way of disposing of a freedom fighting force, and, as Dr Allister Hinds tells in an article on the topic, their deportation was endorsed by a joint committee of the House of Assembly and Council.

Some Jamaican Maroons eventually returned to Jamaica, but most became part of the larger Creole people and culture of Sierra Leone. The evidence of their existence is still in Halifax, not only because they worked on the new fortifications at the now famous Citadel Hill in Halifax, but also because a few remained to contribute to the African-Canadian culture, especially in the Preston area of Halifax County, and, according to an 1817 census, the black community of Tracadie in Guysborough.

They were not immigrants, refugees, or asylum seekers, but exiled peoples.

Hopefully, the minister will use his interest in history and community advocacy to heed the call for greater visible recognition of the Maroon’s contribution to Nova Scotia. It is always nice when politicians know and appreciate history!

Professor Verene A. Shepherd is a social historian. Email feedback to verene.shepherd@uwimona.edu.jm and columns@gleanerjm.com