Jerome King | Autism has a face 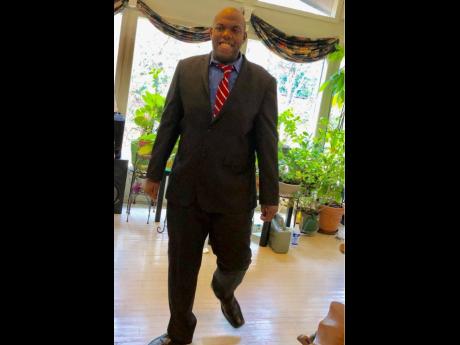 Contributed
Lewis, a Jamaican gentle giant 28 years old and standing 6ft 5 inches tall, is autistic and is the beneficiary of care in New York, his adopted home, says his mom, Jerome King. 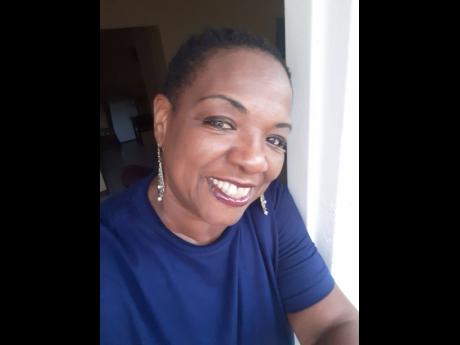 Advocating for special-needs persons in Jamaica is like a war zone with no ceasefire in sight. As parents and advocates, we come to the world armed with unbridled love for our children, trying hard to protect them from the ugliness of discrimination.

Your front page of The Sunday Gleaner dated August 4, 2019, and titled ‘The agony of autism’, has rekindled a fire that once was blazing with high energy for advocacy and intervention. It, however, became frustrating and tiring, and I suffered the inevitable meltdown. You see, Betty’s Bristol in your story is my third son, Lewis, in my story.

Now 28 years old and 6ft 5 inches tall, loud with his sounds, friendly, but can be very strong-willed, he lives in New York, where he was born. He lives in a group home with five other autistic adults. Lewis has his own room, which is decorated with large posters of Bob Marley and other Jamaican stuff.

The home is located on a quiet cul-de-sac in a great neighbourhood. The house is staffed 24/7 and has a cook that sees to the nutritional needs of its clients. He is bussed to and from a day programme where he is part of many activities.

He is closely supervised by his father and stepmother who pay keen attention to his services, ensuring that he is receiving the optimum care and supervision. These services are fully paid for by the state of New York because he is a citizen of the United States. His quality of life is not compromised and his dignity as a person is respected.

The cost of loving Lewis in Jamaica was high. The highest cost was the day my son had to leave Jamaica to go back to New York in order for Lewis to receive the services he needed because nothing was provided here. I miss his loud sounds and forced hugs and kisses. Of course, as a big man, I got less of those. What would I do with a 6ft 5inch-man jumping around and making loud sounds in Jamaica today? The thought scares me.

Spending began immediately as my research led me to UWI. He was diagnosed there at the age of two by Professor Grey. He then sent me on to Professor Maureen Samms-Vaughan, who saw us a few times then referred us to speech therapy. That started the roller-coaster ride of a lifetime.

Therapy fees were exorbitant, but you made the sacrifice because no stone would be left unturned to get him service.

Daycare did not understand him and was unkind to him at times because of his hyperactivity. Forgiven! Then I was told of the McCam Centre, where he attended school from three to five years. Ah, a place that understood my son. Thank you, Pauline Campbell for following God’s lead. I looked for nothing from the Government end because Mico had waiting lists that would make me miss critical windows of Lewis’ development.

After he graduated from McCam Centre at age six, his developmental delays were more evident, and an appropriate ­elementary school had to be sought. There were only a few! A series of God-driven circumstances led me to Priory Prep, where Liberty Prep is located now. There, I instituted the LEWIS Programme: Let Education Work in an Inclusive Setting, named for my son. I wanted to introduce inclusive education at the elementary-school level to Jamaica.

Once the word was out that Priory Preparatory was open to having special-needs families, I was flooded with calls and visits. I saw grown men cry as they sought answers to why their children were disabled and begged for a place. Unfortunately, the spaces were few and the fees high, which eliminated many.

Today, not enough has changed, legislatively, to ensure the care of Jamaica’s most fragile citizens. It is time for all stakeholders to join forces to effect change in the special needs services offered. We have a right to the privileges granted to Lewis in New York right here in Jamaica.