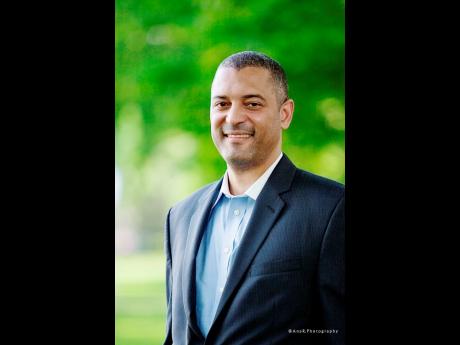 We are due some serious conversations in Jamaica, what with these traffic pile-ups, the ever-high road deaths, and the ongoing struggle to have some order on the roads.

Road mortality has once again coursed past 300, so it is plain that we still have some way to go in that regard. The roads, being dangerous, are typical of most of our public spaces, where safety isn’t generally the highest concern or priority. All of which points to the critical mandate of the Public Safety and Traffic Enforcement Branch (PSTEB) that has been in the news so much in recent days.

After the grand flameout performed by the former head to PSTEB, the Rev Dr Gary Welsh, the public has been in no mood for indiscipline without consequences. It will be interesting to see how long this energy will last, but at least for now there’s a genuine citizen movement aided by social media to report on aggressive and illegal drivers.

By and by, I am already missing Bishop Welsh, who I am certain, had he been left undisturbed and unremoved, would have been an unstoppable font of entertainment. Clearly, the Police High Command feel they are at liberty to summarily sacrifice talent, but I want it to be abundantly clear that at least one citizen is raising a protest on behalf of the traffic bishop. Suddenly a voice is silenced!

Well, things have certainly changed, and fast, under the new regime.

Before me is the somewhat triumphal JCF public advisory dated September 12, 2019, stating that the bus operator photographed driving through a pedestrian crossing on Constant Spring Road a day earlier, Elkanah Sparks, had been identified, charged and fined. His infraction cost him the princely sum of J$5,000, which I don’t wish to minimise, but which also might too easily be factored in as a mere cost of doing business.

Anyhow, I’m hoping we’ve arrived at a tipping point. Since this particular uproar, a full-scale citizen-led reporting and informing tsunami has been developing, and wisely, the JCF has been inviting the vigilant public to submit pictures and video to their tipline at 1-876-591-5671.

They’re also encouraging the public to be available to give statements and evidence. This last requirement will deter some of the avid videographers and photographers, especially in an environment where even high-tech ‘informing’ isn’t always celebrated.

Speaking of statements and evidence, all this stepped-up policing by the newly invigorated PSTEB, along with the ongoing states of emergency across the island, is having some peculiar impacts in some parts.

For instance, THE STAR’s Shashana Small reports that law enforcement is putting a cramp on industry on the infamous ‘Back Road’ in St Catherine.

Really now, it can’t have occurred to me alone that it’s probably time to rename Back Road to Front Road to keep up with the times and the development of local commerce. By all reports, Back Road is now in New Kingston nearby the gully on Trafalgar. Surely, there is some parliamentary committee or division of the transport ministry that looks into the appropriate naming of the streets and avenues?

Anyhow, it’s the state of emergency that the workers on Back Road blame for their economic depression:

“It mash up di business bad. Ya fi a try come out early and do yuh ting cause by 11 o’clock ya fi go in; the place dead man,” said one.

Again, we face this issue of how far $5,000 can carry you nowadays in Jamaica. It’s enough to pay for a spectacular piece of bad driving, and it’s also the wages on an off-night for the superstars of St Catherine.

Meanwhile, a third business operator with the pseudonym ‘Sherry’ made this plea:

The solution, said Sherry, is obvious:

Truth. Which raises another issue we need to have a difficult conversation about, and one not unrelated to the disorder on the roads. That’s right: punctuality.

Fact is that ‘Jamaica Time’ is more than just a cliché.

For years, I was of the firm opinion that a shambolic and generally laid-back approach to time management was a superior way to live. I used to argue with tremendous force that the Western clock and approach to timekeeping, although it has admittedly facilitated some helpful innovations and fostered a great deal of wealth, has now been taken to such extremes that it has made us its slave and is hurting mankind – and me, in particular – most grievously.

Nowadays I can’t claim to be fully disabused of that idea, but since I have employees who have adopted my former philosophy I’m no longer quite so sure about its essential soundness.

And the truth is that punctuality is a bourgeois virtue. The leisured aristocrat and listless serf can safely ignore the chimes and alarms, or roll over and catch an extra half-hour or two or three. That is why Parliament never starts on time.

Mind you, people who study punctuality point out that attitudes to it are on a spectrum, ranging from rigidity to not giving a fig. I think it fair to say that, at least traditionally, we have been on the fig-end of that sliding scale.

Undoubtedly the discipline of the creeping free market will continue to change that. For the chronically tardy pay a price for the slackness if the market operates freely, like out on Back Road. And we know that so much of the bad behaviour on the roads, and so much of the consequent fatality, could be avoided if di man dem would just come out earlier.