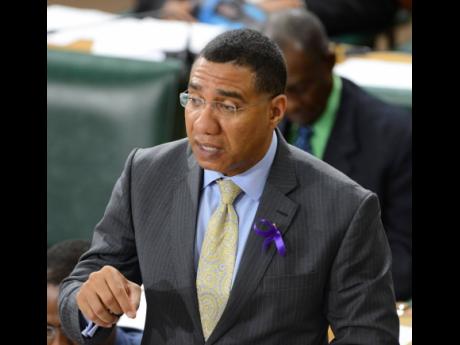 Jamaica has long had two ­parallel education systems, differing in quality of content and producing graduates with different potentials for ­social and educational mobility.

One track takes young people through government primary and secondary schools, terminating in low achievement; the other takes the more privileged through private preparatory and traditional high (grammar) schools, with easy transition to tertiary education and the professions. It is this almost apartheid system (sustained by both elitist political parties) that has been correctly blamed for Jamaica’s chronically high income and wealth inequality, and for being one of the most powerful inhibitors of national sustainable economic development.

It is quite clear that successive Jamaican governments are unable (or unwilling) to deliver quality education to the majority demographic. They can build school buildings (hardware), but they lack the philosophy and the ethos (the software) to produce high achievement. According to ‘Educate Jamaica’, of the 30 top-ranked high schools in Jamaica (according to exam performance), only three are government Schools; the rest are owned and operated by churches and trusts.

If the government is able to operate top quality schools, but are not doing so, then they must explain why not!

On Wednesday, November 27 last, in this newspaper, Erica Virtue quotes Prime Minister Andrew Holness – a former education minister – as saying that the Government intends to establish an “alternative education system” to focus on science, technology, engineering and mathematics (STEM) subjects. Quoting PM Holness, Virtue writes: “The STEM system, which will run parallel to the current process, will be blanketed under new legislative framework, a rejection of the 1980 Education Act that governs the administration of the public-school system”.

So now the plan is to have three parallel education systems!

In effect, PM Holness is blaming the 1980 Education Act and Code of Regulations for the underperformance of government-owned and operated schools, and rather than fixing the act, he intends to set up a parallel education system under a different act.

I am sorry to tell PM Holness, that, even though they can be improved, the problem with government schools is not the 1980 Education Act and Code of Regulations: government schools lack an effective educational philosophy and ethos, and that is why their students underperform.

Or is it the Jamaica Teachers’ Association (JTA) that PM Holness blames for government-school underperformance? Is it JTA’s resistance to accountability and “performance-based contracts for the teachers” that has driven him to recommend a third parallel education system?

Bearing all this in mind, who is the Government going to get to run their “alternative education system”, their “more accountable … parallel to the current process” “performance-based” STEM system? Non-JTA members? So many ministry staff are former JTA activists.

If the Government asks churches and trusts to operate their parallel education system, then it may have a chance. But I do not believe that adding more layers to our inequitable education system can ever lead to equity and equality in this land.