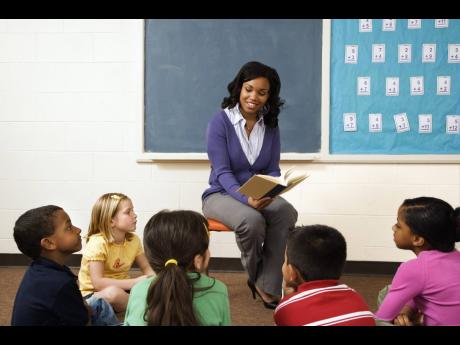 A World Bank report says in Latin America and the Caribbean countries, including Jamaica, about 120 million school-aged children have lost a full academic year of face-to-face learning.

Most times when we do not want to confront a difficult national problem, or when its dimensions are too frightening, under the guise of being participatory, we consign the matter to a committee or commission another study, even when the evidence is right before us.

I fear that is what is happening with the study to determine learning loss over the COVID-19 period, announced last week, to be completed in June. Hello! We already know the answer. It has been studied copiously and reported on definitively by almost every credible educational authority in Jamaica and internationally.

Last week, the World Bank (we believe them, don’t we?) told the Latin American and Caribbean countries, including Jamaica, that about 120 million school-aged children had already lost a full academic year of face-to-face learning. That’s us.

Another study counts the loss of 158 days out of about 190 days of effective teaching and learning so far since last March. And it is getting worse because with unchecked infections and deaths rising, it is obvious that there will be no reopening of our schools for the Easter term.

Enter the Jamaica Teachers’ Association last week, whose president, responding to the timorous suggestion by Education Minister Fayval Williams about the possibility of summer school, shot down that idea by declaring, in effect, that teachers had plans for the usual summer vacation and needed time to recover from the rigours of the on-line effort.

So where does that position leave us? Study or no study? There must be some of us who refuse to deny reality for reasons of personal convenience or partisan advantage. Before COVID-19, roughly a half of the students in all grades, according to the World Bank, were afflicted with ‘learning poverty’, defined as the percentage of 10-year-olds unable to read and understand a simple text. That figure has increased by at least 20 per cent.

According to the report, after the closure of schools for virtually an entire academic year, 71 per cent of lower-secondary education students may not be able to understand a text of moderate length. Just figure how that will widen the ugly inequality gap, the endemic disorder which compromises everybody’s ‘livity’ and productivity!

Is this the obvious, palpable reality we are planning to confirm with another study – done by whom, and to what end? – since by June the cancer of learning loss and personal deterioration will have metastasised? Do we think some half-hearted effort at summer classes can remedy this?

So we can salivate about how Fitch maintains our good credit rating. That rating appraises how likely we are to pay our debts. It does not speak to the suffering of the majority of Jamaicans, most of whom cannot afford even the measly basket of goods which Mark Golding displayed. It cannot measure the intergenerational blight which an unremedied year of learning loss will inevitably visit on our future.

The churches who own and operate schools; the parents who want good for their children; the private sector who wants competent, skilled employees, not half-baked semi-literates in graduation gowns, all need to speak out now. Do not allow the promotion of first- and second-grade students who have not even seen their classrooms or know their teachers or classmates. The same is true for all other grades. It is no disgrace to repeat the year in order to ‘wheel and come again’ better than before.

The ministry is watching to see how the wind blows, and the teachers’ union is already announcing hurricane warning if any of their perks are touched. One observation throughout last week’s launch of the Canute Thompson et al monograph on Philosophical Assumptions That Inform Educational Policy in Jamaica, was the very limited policy space available to accommodate systemic change in educational direction, given the rigidity of contractual arrangements.

The seismic changes needed now can only come from a coalition of interests at the base of the educational pyramid. That is why the revanchist stand of the Jamaica Teachers’ Association is so damaging. Labour should be leading development instead of standing in the way of a new order.

That new order requires that the early-childhood period be dedicated entirely to intense socialisation and personality formation. The primary-school years must be stripped down to high standards of literacy, numeracy, social and self-awareness, while the secondary years are devoted to broader competencies grounded on the previous foundational skills. No more 50 per cent just ‘‘passing through’.

Those with eyes to see and hearts to care already know the extent of Jamaica’s learning backslide, before and since COVID-19. It is the as-yet-unmeasured psychosocial and emotional deficit which we are too scared and superficial to fathom.

We need to reset the system now. June will be too late.