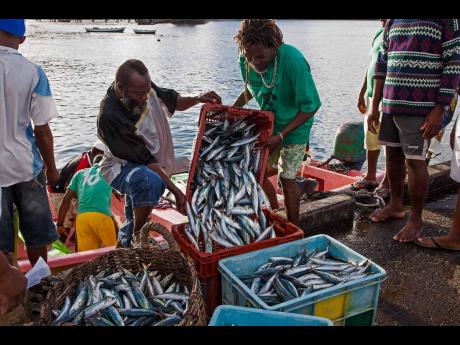 It is said that national fisheries policies in the major fishing nations, such as USA, European Union, Japan, South Korea, Taiwan, Thailand, Russia, and China, contribute to the overexploitation of marine fish stocks.

In 2001, as part of the Doha Development Round of the World Trade Organization (WTO), members agreed to undertake negotiations to clarify and improve existing fisheries subsidies. The concern was that subsidies provided in fishery industries were contributing to overfishing and the reduction of fish stocks, putting their sustainable maintenance at risk. It is estimated that subsidies to the global fishing industry, particularly to large fishing fleets, amount to about US$35 billion per annum.

It is said that national fisheries policies in the major fishing nations, such as USA, European Union, Japan, South Korea, Taiwan, Thailand, Russia, and China, contribute to the overexploitation of marine fish stocks. The WTO mandate was expanded at the 2005 Hong Kong Ministerial Conference calling for the prohibition of subsidies.

This mandate for eliminating harmful fisheries subsidies was included in Goal 14 of the 2015 UN Sustainable Development Goals (SDGs), which addresses ‘Life below water’ and aims to achieve the sustainable management and protection of marine and freshwater resources. SDG 14.6 specifically targets prohibiting and eliminating fisheries subsidies and endorses the WTO’s role in achieving this goal.

At the 2017 11th WTO Ministerial Conference in Buenos Aires, members committed to continuing their efforts to achieve an agreement with: comprehensive and effective disciplines to prohibit certain forms of fisheries subsidies; elimination of subsidies contributing to illegal, unreported and unregulated (IUU) fishing; and appropriate special and differential treatment (S&DT) for developing country members, including the least developed, small and vulnerable.

Here in the Caribbean, we all like our seafood (shrimps, lobsters, conch, crabs, varieties of fish, etc) and freshwater fish from rivers and aquaculture. Fish stocks in the Caribbean Sea and Atlantic Ocean have been declining. It is reported that biodiversity in these waters is at serious risk due to pollution, climate change, destruction of coastal habitats and overfishing, much of which is illegal. The UN Food and Agriculture Organization (FAO) has reported that 20-30 per cent of fishing in the Caribbean Sea is IUU.

The Caribbean fisheries sector is important as a source of food, employment and export. A presentation from the Caribbean Regional Fisheries Mechanism, based in Belize, states that as small-island and low-lying coastal states (SIDS), the total maritime area under CARICOM jurisdiction is over 2,200,000km. This is due to the 200-mile (370km) exclusive economic zones (EEZ) which countries claim under the UN Law of the Sea Convention since 1982. Guyana, Suriname and Belize also have massive inland rivers.

The regional fisheries sector employs over 142,000 people from small coastal and rural communities and accounts for up to eight per cent of GDP in some countries. Development of the sector, however, has lagged.

I assume that budget allocations to provide subsidies in the fishing sectors are quite small. The Caribbean’s contribution to the global fisheries exports is also minimal, being over US$350 million in 2017. The region is also a net importer of fish.

CARICOM countries have had complicated relationships in global fishing, such as supporting whaling, registration of foreign fishing vessels, and granting major fishing nations access to their EEZs.

There has been little reporting in CARICOM on the WTO fisheries subsidies negotiations in spite of the importance of the sector, and, since 2001, with several seminars, workshops, and consultations reported as having been held in the region. From 2012-2018, the WTO Negotiating Group on Rules, which is responsible for the fisheries subsidies negotiations, was chaired by Ambassador Wayne McCook, Jamaica’s then permanent representative at the WTO in Geneva.

As I pointed out in my article last week, the WTO Director General (DG) Ngoze Okonjo-Iweala, has prioritised concluding an agreement on fisheries subsidies this year and will be convening a ministerial meeting on July 15 to assess the progress towards conclusion. Negotiations are in high gear in Geneva, and the WTO DG met with CARICOM ministers at the recent 52nd session of the Council for Trade and Economic Development. Caribbean stakeholders also held another round of consultations on Thursday, June 10.

KEY ISSUES OF INTEREST TO CARICOM

CARICOM members are working at the WTO with the Organisation of African, Caribbean and Pacific States (OACPS), which is currently coordinated by Jamaica. Support work is also ongoing at the United Nations Conference on Trade and Development, the FAO and the Commonwealth.

The key issues in these negotiations of interest to CARICOM include:

1. Prohibition of subsidies which contribute to IUU undermining sustainable development, with the aim of encouraging use of more sustainable fishing methods and development of EEZs;

2. Ensuring that maritime boundaries are set at the EEZ and not at the 12-mile (19.3km) coastal limit;

3. Gaining a ‘carve out’ for small-scale and artisanal fishing, which comprises much of the activities in these countries;

4. The issue of prohibiting subsidies in already overfished stocks;

5. Having transparent and manageable notification requirements;

6. Securing S&DT provisions for small, vulnerable members to enable them to provide subsidies as necessary.

These WTO negotiations have been protracted due, among other things, to disagreements over the issue of S&DT and the development status of members, e.g., China. I have written about this in previous articles.

A new consolidated draft text of the agreement was recently tabled by the current chair of the Rules Negotiating Group. It seems to be the source of further division among members. It is reported that the OACPS and India do not see this text as making major subsidy providers accountable. It also does not offer acceptable levels of protection to SIDS. There is reported concern among non-governmental organisations about pressure being applied to members to conclude an agreement by July.

The 12th WTO Ministerial Conference will be held in Geneva from November 30 to December 3. An agreement would be a major success story for the organisation and its new DG. CARICOM members have to ensure that an agreement is in the best interest of regional fisheries sectors. Let’s see how these negotiations unfold as we move into July. It would be useful to hear directly from the regional fisheries stakeholders on their assessment of progress so far.