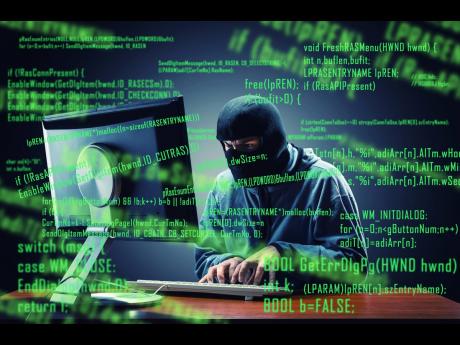 When most persons think of cyberterrorists and how their information gets hacked online, they conjure up images of dark, seedy, underground bunkers with shady characters dressed in ski masks and goggles, surrounded by a roomful of mainframe computers and servers running green one and zeros on the screen. The truth is, cyberattacks usually appear much more innocuous.

My on-again-off-again love affair with the England football team began at World Cup 1986 when England played Argentina at the Azteca stadium. Three memorable events from that one game would mark the beginning of 35 long-suffering years as a fan of the Three Lions.

The first was “that” goal. No. Not that one. The real one. Where Maradona’s 60-yard slalom took him past nearly five England players and a sprawled out Peter Shilton to score the Goal of the Century.

Lionel Messi, in more recent times, has scored an eerily similar goal, but Maradona’s sheer audacity and sense of occasion give him the edge in my books.

The second event – the goal that never was – will also be talked about forever. I remember fever-pitched arguments with my friends for weeks and months about whether or not that goal should have stood. Where were VAR and YouTube when you needed them?

The third event was the introduction of a relatively unknown 23-year-old from Kingston, Jamaica, via Watford, England, named John Barnes. The Jamaican not only crossed delightfully for Gary Lineker to make the game interesting at 2-1, but could have been immortalised if Lineker had got his head to a second cross, minutes from time.

Coming away from that game as an impressionable 11-year-old, I had a choice to make: Become a forever Argentina fan and Diego Maradona fanboy, or look to the silky-smooth Jamaican who had just proven that we could actually be good at football on the world stage. I chose the latter and I have been paying for that decision ever since.

My default response has always been to tell them to look at the abuses of their own favourite national team before they come looking at mine, as no country is without its own share of social problems and sins against humanity. This is usually where the German fans get up and leave the room.

But despite my well-rehearsed and pre-planned responses to the “colonialist” jibes, the events of the last Euros were so distasteful that I had to really stop and question my loyalty and support of the England FA. The racist chants, the monkey emojis, the banana stickers were just too much now. The level of abuse that England’s black players were subjected to was just God-awful and shameful. It was way too much for any black fan of the Three Lions to take and for the first time since Chris Waddle skied that penalty at Italia 1990, I seriously considered abandoning my England team.

But this is not a story about how I have since jumped on the French bandwagon with its young, exciting, all-black cast or how I have discovered my Nigerian roots and am now flying the Super Eagles flag.

You see, it was recently discovered that the majority of the bigots who racially abused Bukayo Saka, Marcus Rashford and Jadon Sancho on social media after their Euro 2020 penalty misses were not British citizens, but rather persons from Eastern Europe and as far away as Saudi Arabia. Although a dozen Britons were arrested by UK authorities in connection with the posts, nearly four times as many comments actually came from outside the UK, specifically from Russia and Asia.

Many of these persons held far-right, xenophobic views, made even worse by Britain’s Brexit decision. Equally curious was the discovery that 79 of 105 Instagram accounts that were flagged for racism and hate speech after the match were still very much up and running. To its credit, Twitter announced that it had removed over 1,900 tweets that were deemed racist or hateful coming out of the event, and had plans in place to increase detection of racist posts in the first place.

But it’s not just the wild wild west of social media that is driving these behaviours. In Russia, for example, state control of traditional media, specifically radio, TV, and newspapers, demonstrates the Kremlin’s view of the mass media as a ‘weapon’. That view has been expanded to include social media and the introduction of the Internet troll – a new type of foot soldier whose job is to deceive and manipulate the public, thereby stoking dissent, racial tensions, fear, xenophobia, right-wing sentiments and other feelings that may lead to civil unrest and open conflict.

But bad actors ought not to be restricted to state entities involved in international espionage and regime change. Some are lurking right under our noses.

If you’ve ever come across a Facebook meme asking you to find out your gangsta rapper name by entering the day and month you were born, you’ve probably been targeted by cyberattackers intent on stealing your identity, your wallet or both. (For the record, mine is Shiny Playa Pimp).

When most persons think of cyberterrorists and how their information gets hacked online, they conjure up images of dark, seedy, underground bunkers with shady characters dressed in ski masks and goggles, surrounded by a roomful of mainframe computers and servers running green one and zeros on the screen.

The truth is, cyberattacks usually appear much more innocuous. Aside from the previously mentioned rapper-name-generator, my personal favourite is the one that asks, “800 seats in heaven. The last three digits of your TRN number determine your seat. Do you make it?” These seemingly harmless social media games are often elaborate traps designed to either take your information or to target you as part of some information warfare campaign.

With tensions running high between China, Russia and the US, I would not be surprised if a lot of the anti-vaxxer rhetoric that’s currently derailing efforts to vaccinate the population are being driven by foreign actors intent on suppressing their rivals’ ability to recover from the pandemic.

HOW TO PROTECT YOURSELF

So how do you protect yourself from these attacks and psyops campaigns? The easiest way to start is by protecting your online accounts with more secure passwords and user names.

Multifactor authentication is another layer of security that can make it harder for attackers to gain access to your devices and accounts so that even if your password is compromised, there is still another layer of protection.

Oversharing on social media is another no-no, as is responding to suspicious emails asking for money to save someone’s dying aunt in Nigeria. There are a myriad of other things that can be done to secure your digital and online behaviour, and with October being Cyber-Month, there is no shortage of useful information out there.

Will any of these things make me feel better about what happened at the Euros last summer? Probably not. But it gives me a bit of hope to hold off on jumping from my beloved England a little longer.

In any event, with the World Cup looming, who am I going to replace them with? These Reggae Boyz?