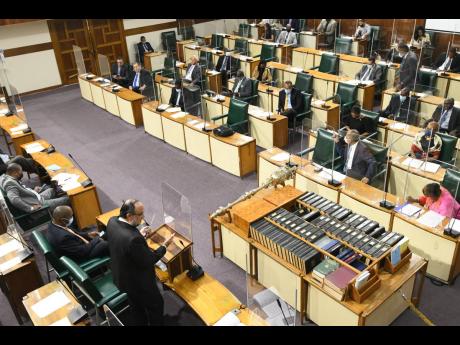 It is inexplicable why politicians so often leave obvious infractions to fester until they become gangrenous, as was the case, until lately, with the Holness administration’s handling of the share-buying scandal at the Airports Authority of Jamaica (AAJ). At this stage, we are not sanguine that firing the board of the AAJ, and that of its subsidiary, the Norman Manley International Airport Ltd (NMIAL), is sufficient to reverse the erosion of confidence in governance caused by the scandal. It is, however, a start.

A full investigation, and public accounting of the matter, is pertinent. And having regard for the role it played in suggesting that transparency is not a matter of priority in the conduct of the public’s business, it was appropriate that Parliament took action to prevent a deeper collapse of its credibility. In that respect, Tuesday’s decision by Speaker Marisa Dalrymple-Philibert to reverse her decision of a week earlier, and rule that the transport minister, Robert Montague, was obliged to answer the Opposition’s questions about the AAJ affair, was a significant step in clawing back some of the legislature’s too-often-forgotten primacy over the executive.

Parliament’s authority, should it accept it, was further confirmed with Prime Minister Andrew Holness’ assertion, subject to the sub judice rules, of the right of its committees to hold hearings on any matter, even if the issues under review may be the subject of investigation by other parties. It was a matter of major concern that interpretations contrary to Mr Holness’ concession might have prevailed, and the Government provided a loophole to further weaken the legislature’s oversight of its activities.

The AAJ controversy stems from the body’s decision, with the NMIAL subsidiary, to spend J$450 million to purchase shares in an investment start-up, First Rock Capital Holdings, despite the reticence of the AAJ internal analysts towards the venture, and the fact that the acquisitions breached regulations for such investments under the Public Bodies Management and Accountability Act (PBMAA).

Ms Hutchinson, who, not long after First Rock’s IPO joined its board as a director (she resigned after a year), never formally declared to the AAJ’s board her own acquisition, or planned acquisition of the First Rock shares. Minister Montague explained to the Parliament this week that formal disclosure was not necessary because her holding in First Rock was below one per cent. Other persons have focused on the financial value of the transaction rather than a percentage stake in the company, and, nonetheless, believe that in such situations, the Airports Authority Act places a burden of disclosure on the authority’s directors. There have also been questions about the timing of AAJ’s overhaul of its investment policy in the months ahead of the First Rock offer, and its failure to get the finance ministry’s permission for the share acquisitions, as was required under the PBMAA regulations.

There are two other significant issues of concern in this episode: how long it took Mr Montague, the minister responsible, to publicly address the matter (he said he was gathering facts); and the circling of the wagons in Parliament last week when Mr Montague resisted answering questions, tabled weeks earlier, about the conduct of the AAJ board. The minister begged off, supposedly because the Integrity Commission (IC) was investigating the matter – something that no one outside the commission should officially know, given that the IC cannot announce its investigations or make statements about them until its probes are complete and reports are tabled in Parliament. The Speaker ruled in favour of Mr Montague, notwithstanding that nothing in the Standing Orders supported that position.

Happily, the passage of a week seemingly helped her to a clearer intellectual grasp of the issue, so on Tuesday, when the matter again came up, she held that questions asked of ministers “ought to be answered, once they are in order”. The prime minister (PM), too, supported that interpretation of Parliament’s rules, that once posed in accordance with the requirements, his ministers were obligated to answer questions, “even if the subject could possibly be, or is under investigation by any of the commissions of Parliament‘’. There were also assurances by the PM and the Speaker that there was nothing in parliamentary regulations to proscribe hearings by committees of matters that may be under investigation elsewhere.

These acknowledgements are, from their potential to contribute to good governance, perhaps even more important than Mr Montague’s disclosure of the dissolution of the AAJ and NMIAL boards – although some of the current members were not on them when the share purchases were done. The point is, Parliament too often behaves as if it is subservient to the Cabinet, hewing closely to the government and party line, and forfeiting oversight of the executive. That is particularly disconcerting at periods when the Government enjoys a lopsided majority in the legislature, as is now the case.

The Opposition’s ability to ask questions, and have them answered, as well as its ability to initiate hearings of committees under its control, are important instruments in holding governments to account and enforcing transparency. When Parliament totally subsumes itself to the executive, decency in government and good governance are potential casualties. Though she might not have realised it, that was the threat posed by the Speaker’s initial ruling last week, which she went some way in rebalancing.