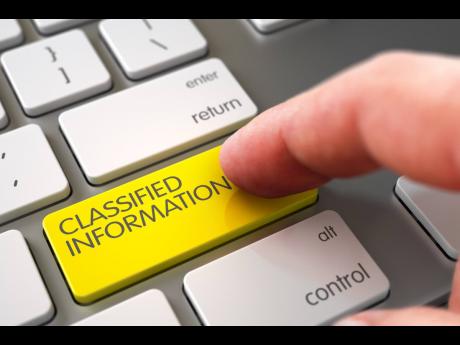 iphotos
That practice of publishing this information on its website meant that anyone in Jamaica could freely examine or query government contracts, including the number of contracts that a particular entity was awarded over the years.

Jamaica is not a real place. Or is it just that we don’t want it to be? How else do you explain our acceptance of the lack of transparency and accountability on display daily, as we continue to set a low bar for ourselves as a society? This...

Jamaica is not a real place. Or is it just that we don’t want it to be? How else do you explain our acceptance of the lack of transparency and accountability on display daily, as we continue to set a low bar for ourselves as a society?

This thought occurred to me as I listened to a colleague bemoan the fact that regardless of how outrageous, how shocking or how head-shaking the front-page news is, ultimately all we do is treat it the way we treat our typical social media post: Spend a few seconds to gawk and grumble, then swipe left and move on.

Take, for example, the Integrity Commission’s (IC) most recent plea for the tightly held “secret and confidential” information relating to Quarterly Contract Award (QCA) reports of public bodies to once again be made public. As one of Jamaica’s two main anti-corruption bodies, the commission has pushed for an amendment to the Integrity Commission Act, which would allow it to announce this information on its website or other publications. But somehow, the IC’s clamour has failed to move the needle on the public response-and-reaction chart.

I support the commission’s position that Section 56 of the Integrity Commission Act, which restricts the agency from publishing the QCA on its website, obstructs the kind of transparency in the award of contracts by public bodies that we so desperately need. How else do we keep our elected officials honest and accountable, especially when we have such a high corruption index? How else do we ensure that contracts awarded through the public procurement process meet the standards of that oversight body?

And no. I don’t for one minute buy the ridiculous excuse that this type of exposure discourages or deters the best talent from bidding on government contracts and robs the country of expertise and quality. Really, bruh?

Like Trelawny Northern MP Tova Hamilton, I agree that there is very little in the Integrity Commission Act to justify its exclusion from the provisions of the Access to Information Act, which gives citizens or other persons a legal right to access official government documents and records.

Unsurprisingly, Greg Christie, the IC’s executive director, is one of the lobbyists’ loudest voices, citing his experience as contractor general where he brought transparency to the Government’s contract-award process. “We could sit at our desks and basically monitor the government contract process by looking at the algorithms or red flags that were built in to tell us if there was something that we needed to look into,” he explained. And he was free to publish that information.

On recollection, my first introduction to the name Greg Christie came from those very public announcements. I remember once, the amusing response from one of the youngsters who was helping to offload my barrel from the wharf a few Christmases ago, when I offered him a small tip for his help. “Yuh mad? A me yuh a try Greg Christie?” he blurted out, loud enough to attract the attention of his supervisor.

Such was the man, and such was the trepidation that his name would evoke. As our struggles with corruption and impropriety continue, I dare say we need a return to those days. Christie’s old Office of the Contractor General (OCG) has since been subsumed by the Integrity Commission, but in the process, lost its ability to make public those QCA reports.

That practice of publishing this information on its website meant that anyone in Jamaica could freely examine or query government contracts, including the number of contracts that a particular entity was awarded over the years. It could also indicate who issued the contracts, the total value, and whether they were sole-source or competitive bidding. More importantly, however, we could examine whether the country got value for money in a fair, open and transparent manner.

This ability to monitor the awarding of these contracts is a massively powerful tool to not only combat impropriety, but to also deter it as nepotism, cronyism and party politics flourish in the type of darkness that Section 56 fosters.

I am encouraged, therefore, by Leader of Government Business Edmund Bartlett’s acknowledgement that the recommendation has deep merit, and that the proposed adjustments ought to be considered.

If and when that window reopens, however, we must be ready to pounce. Reporters, journalists and editors must sharpen their pencils. Civil society must spring into action. Citizen soldiers must raise their voices. Any sign of apathy and we may very well find ourselves back here. After all, if you don’t use it, you may surely lose it – again.