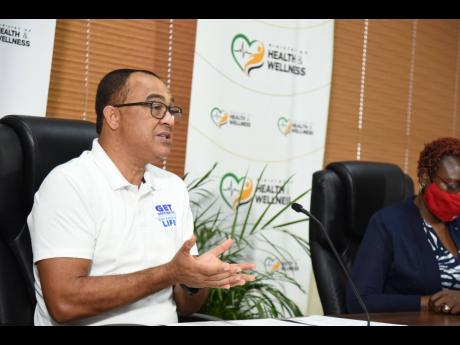 As self-serving as his position may appear to many, we agree with Christopher Tufton that the deaths of the 13 babies at the Victoria Jubilee Hospital (VJH) from bacterial infections should not descend any further into a political scrimmage that diverts energy from dealing with the problem.

But if the health minister is to achieve his aim, including quelling demands for his resignation, he must address the matter with sincerity and frankness, include providing a status report on the mechanism that was supposed to be put in place after a similar bacterial outbreak at two hospitals seven years ago, aimed at limiting the possibility of a recurrence, and responding quickly if it happened. He should also report on the cleaning regimes at the island’s hospitals and other healthcare facilities, a breakdown of which contributed to the 2015 crisis, but which ought to be the cheapest and quickest of the health sector problems to rectify.

Dr Tufton, a PhD, has been at the centre of a storm since it emerged late last month that 13 babies died at VJH over the summer from the Klebsiella and Acinetobacter bacteria, and that he might have attempted to cover it up, until its October 26 revelation by Nationwide Radio.

The minister rejects that characterisation of his behaviour. The first set of deaths – seven from Klebsiella and two from Acinetobacter – occurred in July, but Dr Tufton was informed by technocrats “towards the end of August”, when, he said, he “immediately did what any responsible person would have done: I called on the experts to ensure that the problem would be addressed and corrected”. That includes seeking assistance from the Pan American Health Organization. By September, when there were two deaths, the situation was considered under control.

Up to the point of the news on the matter, Dr Tufton had not brought the deaths to the attention of Prime Minister Andrew Holness nor told the country. With respect to the latter, his intention, the minister said, was to avoid panic. As for not telling the PM and the Cabinet, he thought he had the outbreak under control.

Although it is understandable that Dr Tufton is discomfited by comparisons between the current situation and what happened in 2015 – over which the then health minister, Fenton Ferguson, lost his job – there are indeed overlaps between the two. And reasonable questions are to be asked about lessons Dr Tufton and his technocrats may have gleaned from the events of seven years ago and carried into the latest development. Further, what lessons and protocols do they intend to leave to the future healthcare professionals from current events? After all, hospitals are crawling with bacteria and viruses. It is inevitable that there will be other nosocomial eruptions.

With respect to the 2015 incident in which 18 premature babies died – most of them at the University Hospital of the West Indies (UHWI) – Dr Ferguson, a dentist, said he became aware at the same time as the general public – when the news broke in the media. Over the next two days, he held meetings with the hospital’s board and health workers. Two days after that, he held a press conference “to allay public fear after the reports of a bug killing babies in hospitals”.

The public’s demand for Dr Ferguson’s head was not entirely for his management of that outbreak of Klebsiella and Serratia at Cornwall Regional Hospital and the UHWI, which conceded reporting the incidents late to the central ministry. People were fed up with Dr Ferguson – at his hedging over the number of chikungunya virus infections in Jamaica; his speaking only of ‘confirmed cases’, which differed vastly from what people experienced around them – and the perception of fumbling inarticulateness when addressing myriad other problems in the health system. It did not help Dr Ferguson that in a slip in Parliament, he referred to the prematurely born, dead babies as “not babies in the real sense” but as neonates. He sounded crass and insensitive.

Fortunately for Dr Tufton, no one questions his communication skills. On the contrary, his detractors claim, that is a primary political gift.

Nonetheless, seven years later Jamaica still has most of the problems that contributed to the 2015 bacterial outbreak, and the one this summer that killed the babies: a severe shortage of specialist nurses to adequately man neonatal units. Nurses emigrate for higher-paying positions overseas. There is a need for a strategy to respond to this.

Dr Ferguson announced the establishment of a special unit in the health ministry “to monitor both private- and public-sector facilities for newborn babies”. Some of the named members of the unit are still senior officials at the ministry. Perhaps Dr Tufton can say if the unit still exists, is operable, and why it might have missed what happened at the VJH.