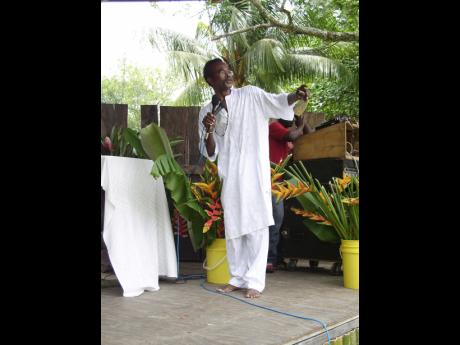 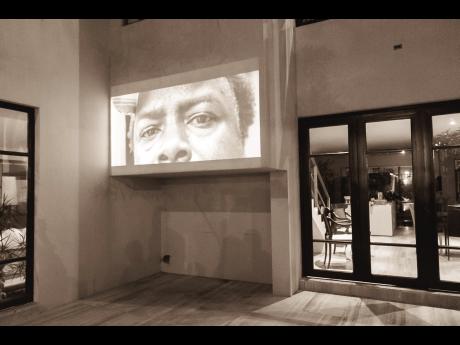 Contributed
The location of the Caribbean Film Database in Trinidad and Tobago, which will be opened in September. 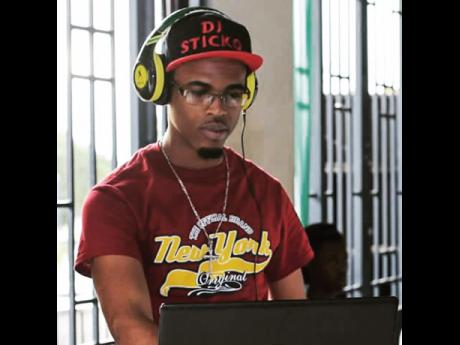 The gospel event Pulsate - The Mixtape Concert, will be held on Friday, August 28, and there are plans to take concert goers on a musical roller coaster. The free event, will take place at Waltham Park New Testament Church, beginning at 6 p.m., and will feature some of the biggest names in Jamaican gospel music.

Pulsate - The Mixtape Concert, is geared at showcasing the talent of Ricardo 'DJ Sticko' Ellis, who has been featured on major shows, working with artistes over the years.

Ellis, who also wears the hat of event organiser, said "come to have fun, be entertained, be ministered to and fellowship. For the mix tape, expect a blend of songs and genres such as soca, reggae, EDM, hip hop and dancehall, all gospel."

He said "this mixtape represents years of work that I have put in and represents my style as a DJ, as well as my passion to minister to persons, especially young people like myself. It will also expose my talent to a wider audience, so more people will become familiar with the work of DJ Sticko."

Coming out to support Ellis' effort will be artistes who have been supporting his work over the years and are also featured on the mix tape. Among them will be DJ Supa, Rebirth, Marlon, Rondell Positive, Jprojek, Dajay, Dunamis Kevin Smith, Omari, Chozenn, Minister Blessed, Blu I Steppa and Latoya Hamilton, the only female on the project.

Museums Connect, a joint initiative of the US Department of State's Bureau of Educational and Cultural Affairs and the American Alliance of Museums (AAM), has awarded seven grants to 15 museum partners, globally, including Jamaica. The programme pairs museums in the United States with museums throughout the world to build cross-cultural exchange and stimulate dialogue around youth empowerment, environmental sustainability and social inclusion.

Based on the premise that the historical roots of many persons within the African diaspora have been erased by the tragedy of slavery, the project aims to recover and preserve the history associated with the urban community of San Juan Hills in Manhattan, New York, and the rural community of Nonsuch, Jamaica.

Through creative discussions on the historical conditions that gave rise to these two communities, 30 to 40 middle/high school students who will participate in this project will explore these facts to reconnect with their past, better understand the present and empower their futures.

As part of the programme, the teens will also learn how to use archival sources, conduct interviews with elderly residents in their respective communities and develop digital videos and artwork. Exhibitions will be held in their communities to display the results of their work.

Since its inception, Museums Connect has linked American museums with partners in 49 countries, including Afghanistan, Brazil, China, Honduras, India, Kenya, Morocco, Nigeria and the Ukraine.

The African Caribbean Institute of Jamaica/Jamaica Memory Bank (ACIJ/JMB) has expressed deep regret at the passing of Frank Lumsden, colonel of the Charles Town Maroons, on August 18, and extended deepest condolences to his family, friends and members of the community.

Colonel Frank Lumsden was born in Buff Bay, Portland on January 28, 1942. His talent as an athlete won him a place at Southern Illinois University, where he pursued a bachelor of science degree in business administration. After leaving university in 1970, he set his sights on corporate finance. After some years, he decided to embrace his more artistic talents.

It was not until 2005 that he embarked on what may be considered the most defining role in his life, that of leader of the Charles Town Maroons.

As leader of Charles Town, Lumsden had a difficult task. Charles Town, established by Nanny's right-hand commander, Quao, and formerly known as Crawford Town, had a small Maroon population. Many persons had moved out of the community in search of greener pastures and, according to archival records, had signed certificates of freedom that essentially renounced their rights as Maroons.

Colonel Lumsden set out to revive the heritage and raise the profile of the community as a Maroon settlement. Shortly after becoming leader, colonel Lumsden started the Asafu Yard/Quao Day celebrations, which served not only to encourage research on Maroon heritage, attract visitors to the community and ignite community spirit, but also helped to immortalise Quao, known as the "invisible hunter".

He successfully secured funding and other support to develop the Asafu Yard complex, which comprises a space of drumming and dancing, conferences, a traditional jerk pit, as well as a museum and small library. Today, Asafu Yard remains the lifeblood of the community.

Cottage industries such as bee-keeping, bammy making, wickerwork and the cultivation of herbal plants were established for the benefit of the people of Charles Town.

The database will make available an online resource of more than 600 independent feature length films from 2000 to 2014, made in and about the Caribbean, and is expected to be the largest resource available to date on Caribbean film for filmmakers, producers, scholars and industry professionals.

These narrative, documentary and experimental films will include a select number of Caribbean classics and contain a bibliography of film resources, a Caribbean Women in Film page and links to film festivals, film commissions, film associations and schools in the region.

According to Melanie Archer, ttff's art director and coordinator of the database, "we wanted to create an online resource that was easily accessible, well organised and reflected the visual palette of the Caribbean film movement. A one-stop shop for Caribbean film, if you will."

University of the West Indies lecturer and ttff's founder and director, Dr Bruce Paddington, added: "This is an exciting development for the Caribbean film industry, and for universities and libraries with an interest in Caribbean Studies. The database is comprehensive, written in three languages and lists films made in the Caribbean's three major language groups - English, French and Spanish. We believe it will be an invaluable tool for academics and researcher and hope that it will strengthen Caribbean film and literature."

The other initiative, the Caribbean Film Mart, a four-day series of meetings, presentations, and networking events, will give 15 regional filmmakers with projects in development the opportunity to meet one-on-one with international film producers, sales agents and film funds. It is hoped they will forge partnerships, source funding and secure distribution for their films.