Ricky Rowe: Portland to Europe and back 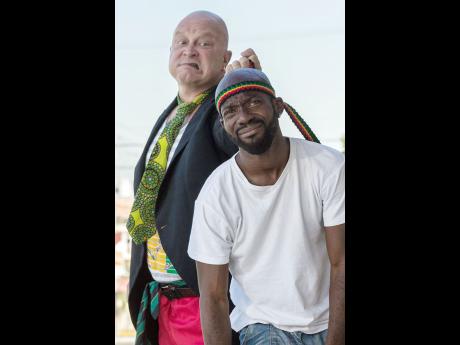 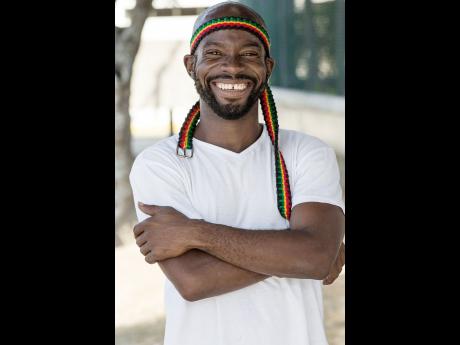 Born and bred in the quaint community of Belle Castle, Portland, actor Ricky Rowe has travelled from his island home to the United Kingdom (UK) through to the Netherlands and back home again, where he will be gracing the stage again in the comedy Samson & Di Liar.

Opening today at the Little Little Theatre, Tom Redcam Avenue, and co-starring veteran of Jamaican stage and comedy Tony 'Paleface' Hendriks, Samson & Di Liar is a story of madness, music and friendship as two homeless men find common ground on the streets of Kingston. The story was conceptualised by comedic actor Winston 'Bello' Bell and extensively rewritten by Rowe and Hendriks.

Though it has been more than a decade since he has been away from Jamaica, Rowe is no stranger to the Jamaican stage or screen, having appeared in The Beatification of Area Boy, Laugh Jamaica, Ban Yuh Belly and Laugh, One Pack of Crackers, Dat Ting, Tek Dat Ting Mek Laugh and Third World Cop.

Since his return to the island late last year, Rowe has appeared in Oliver Mair's Laff It Off and Patrick Brown's Hurricane Honeymoon, where he alternated with Glen Campbell.

Rowe sees it as a high compliment that Hurricane Honeymoon not only allowed him to play on the stage of the Little Theatre, but also to alternate with Campbell. "To return to Jamaica and play on any stage in Jamaica, it can't get no better." Rowe said.

Rowe came to theatre through the Area Youth programme, which he describes as the most important thing to ever happen to him.

Though a country boy at heart, Rowe first moved to Kingston in the late 1980s, living with his mother and stepfather in Allman Town while attending Central Branch All-Age School. Although the family later moved to St Catherine, Rowe finished his secondary school years at Happy Grove High, commuting daily from Portmore to Portland with a stopover in Kingston to participate in Area Youth.

Rowe describes moving to Kingston as a culture shock that wrought more changes than the geographical.

"I enjoyed country life. It (Kingston) was a totally different experience. First of all, there was no mango tree, no river and no beach. It was the most hungry I'd ever been in my life," Rowe said.

Laughing, Rowe explained that when he was in the country, he had been far more independent in feeding himself, but in Kingston, he depended on the family pot "In country, I didn't have to wait on my parents to feed me," Rowe explained. "In country, when I was hungry, I pick something and eat it."

Another major change was that as a small-bodied boy from country, he soon had to learn to defend himself. "I had to fight, and I don't like fighting," Rowe said. "But you're a country bwoi and yuh small, you going get picked on."

Yet these physical battles probably strengthened Rowe for his mental ones. So when he felt that though he was getting work in Jamaica, it wasn't as lucrative as desired, Rowe decided to try the greener pastures of the London theatre landscape. Armed with great expectations, he went to the UK.

"I didn't see a lot of black persons on TV, so I thought man there won't be much competition ... Boy, was I wrong," Rowe said. However, he marks his experience in London as successful, growing as a writer, director, and producer. He also started his own company, Yaardy Boy Entertainment.

Rowe explained that he named the company in the hopes of changing the negative view Londoners had of 'yardies' at the time. "I don't think I've been able to change anything," he confessed. "I've been able to do what I do, which is produce shows."

Samson & Di Liar was one of that production company's fruits, as it was first co-produced by Yaardy Boy Entertainment and Hendriks' Rahtid Productions. The Jamaican rendition is being produced by Scarlette Beharie.

Rowe clarified that although he had long desired returning to Jamaica, he didn't think about it too hard before making his decision. "I don't think that I thought it through too much, or I wouldn't have done it." Rowe confessed. "There's too much uncertainty, but this is where my heart is."