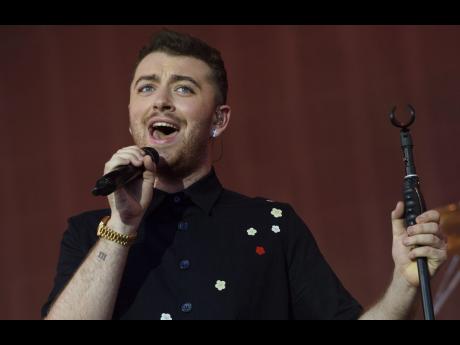 The 23-year-old has co-written, Writing's On The Wall, the title track to the 24th movie in the franchise, with Grammy Award-winner Jimmy Napes and is the first British male solo artiste to record the Bond theme since 1965.

Smith said: "This is one of the highlights of my career. I am honoured to finally announce that I will be singing the next Bond theme song. I am so excited to be a part of this iconic British legacy and join an incredible line-up of some of my biggest musical inspirations. I hope you all enjoy the song as much as I enjoyed making it." Smith follows in the footsteps of Adele, whose 2012 song, Skyfall  - recorded for the film of the same name - won an Academy Award and Golden Globe Award for Best Original Song, the Brit Award for British Single of the Year, and the Grammy Award for Best Song Written for Visual Media.

Speaking to DJ Nick Grimshaw on BBC Radio 1 about the song, titled Writing's On The Wall, Smith said: "I got called into the office with (producer) Barbara Broccoli and (director) Sam Mendes and they gave me the script, I read the script ... they said, 'Have a go at the song'. It's the quickest I've ever written a song - it took 20 minutes - and they loved it. I love the song so much."

In the latest Bond movie, a cryptic message from the past sends James Bond (Daniel Craig) on a rogue mission to Mexico City and eventually Rome, where he meets Lucia Sciarra (Monica Bellucci), the beautiful and forbidden widow of an infamous criminal. Bond infiltrates a secret meeting and uncovers the existence of the sinister organisation known as SPECTRE (Special Executive for Counter-intelligence, Terrorism, Revenge and Extortion).

As Bond ventures towards the heart of SPECTRE, he learns of a chilling connection between himself and the enemy he seeks, played by Christoph Waltz.

Writing's On The Wall will be released on September 25, while SPECTRE is out in the United Kingdom on October 26 and in the United States on November 6.