Falling out of harmony 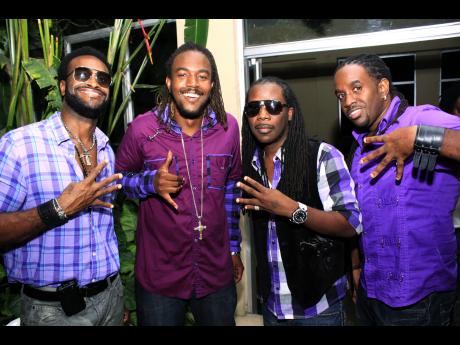 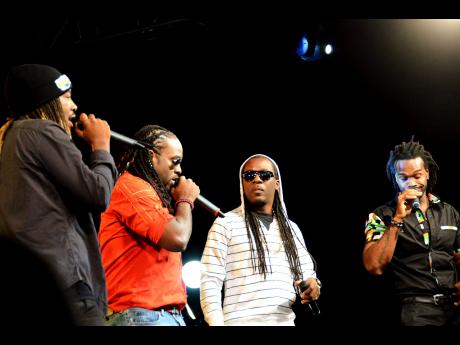 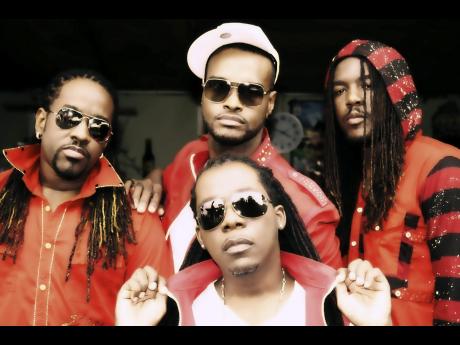 Tee dot Oh dot Kay is not very okay these days. T.O.K, the quartet of Alex, Bay-C, Craigy T and Flexx, has revealed the fissures in their unit of over 20 years public. And, although T.O.K may still work out their differences, when the disagreements in a group of music performers penetrate the veil between audience and stage, it is hard for persons who pay their hard (or easily) earned cash for a show to see them in the same way.

For part of the sell for any vocal group or band is that there is a bond among the members which goes beyond their skill. There is inevitably this emphasis on the friendship among them, often preceding their individual involvement in music, with maybe a sprinkling of shared values to go with it.

So while T.O.K's woes are being publicised, in a few weeks the core of another (and much more outstanding) Jamaican music group, will perform on a cruise ship travelling between Jamaica and Miami. (Ironically, T.O.K is also booked for what should be a heck of a boat ride). Mykal Roze and Sly and Robbie (who were not officially group members, but supplied the drum and bass that was a large part of the unit's success) are part of the 2015 Welcome to Jamrock Reggae Cruise and, no doubt, they will be performing a lot of Black Uhuru material.

That would be the Black Uhuru which took the first Reggae Grammy in 1985 for the album - Anthem, not the succeeding version with Junior Reid up front, or subsequent - and for a while competing - iterations with Ducky Simpson on one hand and Don Carlos and Garth Dennis on the other. So those who make the trip can expect to hear Black Uhuru classics such as Leaving to Zion, Youth of Eglington, Sinsemilla, General Penitentiary and Guess Who's Coming to Dinner.

It is almost incomprehensible that Black Uhuru broke up at the point they did, with the Grammy giving them unprecedented publicity. But they had good precedence - The Skatalites, in their original form, spent a mere 18 months together before packing it in, managing to record a slew of classics (with interesting titles, too - Lee Oswald and President Kennedy are on the same album) in that short time.

Then there were The Wailers, for whom the 1973 album Burnin' was a swan song as a group, before Peter Tosh and Bunny Wailer left and Bob Marley and The Wailers (always a contentious title for some) forged ahead.

Not that this is unique to Jamaican popular music. Most recently, One Direction's members have prepared the public for a split next year. It was all of 45 years ago that Paul McCartney went public with his split from The Beatles and The Fugees (ah, will there ever be a set-up like Wyclef, Pras and Lauryn Hill ever again?) went into solo projects right after The Score won Best Rap Album at the 1997 Grammys. Lest we forget, Ben E King (The Drifters) and Teddy P (Harold Melvin and the Blue Notes) both came out of groups, as did so many other popular solo singers.

Groups are notoriously hard to keep together and seem to implode either at the point where they are at their best or when the last creative juices have been wrung out of the unit. In Jamaica, among the outstanding groups which have fallen by the wayside, especially in the days when three part harmony was a staple - are The Paragons and The Heptones (very bitterly).

However, let us not forget those which have stayed together, although there have been membership changes. The Fabulous Five Incorporated is looking towards the big 50, having started in 1970, while Third World is a mere three years younger. Add to that Inner Circle, now US-based, but who have kept themselves relevant in Jamaica by adding Chronixx to the vocals of the late Jacob 'Killer' Miller to dismiss all "news carrying dread." The Might Diamonds, with their original line-up of Tabby, Diamond and Bunny is coming from the year Jamaica still used British currency, 1969. Give them their due, Ward 21 has kept it together.

There is one band which halted on its break-up path and the members have reconnected to satisfactory results, although being siblings would not have hurt. That would be Moran Heritage, of course.

So, where will Tee dot Oh dot Kay be this time next year? Gone with the wind or meandering along like fellow all-male groups ARP and One Third? Will they split and produce a standout or two like Bob Andy and Duane Stephenson, or will the members attempt solo stints and wind up losing their 'Vibration'?

Time will tell, but one thing is sure - it will never be the same for them again, now that they have publicly fallen out of harmony. And in an era where debilitating individualism is the order of the day, will there be any notable new groups coming out of Jamaican popular music anytime soon?