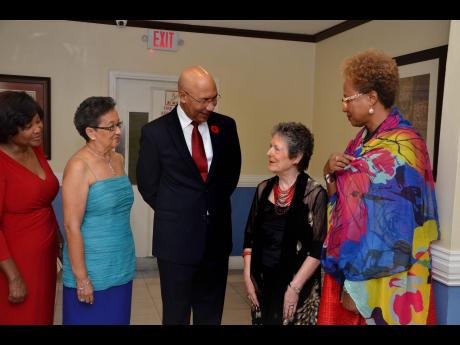 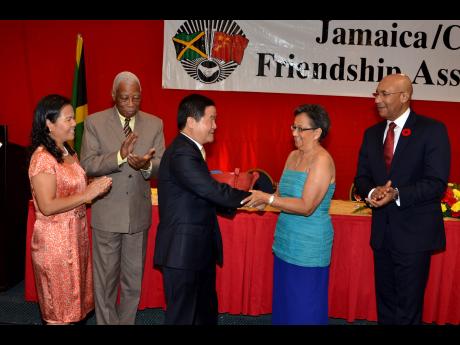 Having been named one of the '75 Most Powerful African Americans in Corporate America' by Black Enterprise Magazine in 2005, audience members at the Jamaica-China Friendship Association's annual dinner waited with bated breath to hear what Paula Madison had to say.

Madison gave the crowd insight into her journey to her grandfather's homeland in China and the reconnection of her family with his 300 descendants. A published memoir on the journey, titled Finding Samuel Lowe: China, Jamaica, Harlem, is also available.

The Jamaica-China Friendship Association (JCFA) was founded in 1976 with a view to increasing knowledge, friendship and cultural cooperation between the two countries.

The dinner, which celebrates the National Day of the People's Republic of China, was also hailed by Foreign Trade Minister, A.J. Nicholson for promoting and strengthening relations between the two countries.

"So far this year, 70 Jamaicans have been trained in various fields from available short courses in China, including agriculture, engineering, public administration, environment, and climate change. The scholarships are fully funded by the Government of the People's Republic of China," said Nicholson.

The minister also said that he was looking forward to the strengthening of the role of the Association as it seeks to cement the already close bonds of friendship shared between Jamaica and China, for the benefit of citizens of both countries.