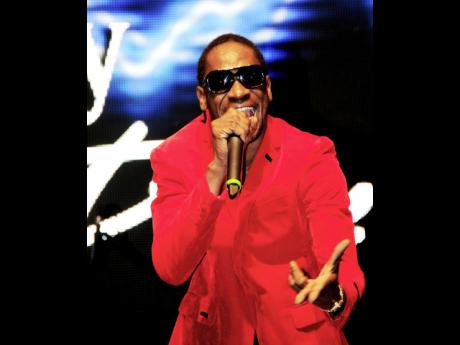 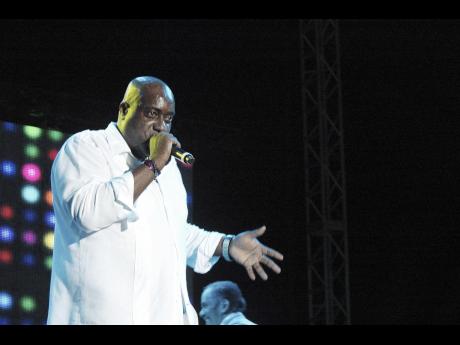 Admiral Bailey at Jamworld for Sting and Bounty Killer in Black River for Extravaganza (as well as Galliday Bounce in Ewarton tomorrow) are among the performers who would have stepped out to entertain the crowds this holiday weekend. They are among the entertainers who have the songs which identify specific years.

- Tink Me Did Done (Admiral Bailey)

In the topsy-turvy world of dancehall, where a deejay can be hanging out at the studio waiting for the elusive break today and pulling up to the same studio in a high-end vehicle a few months later, there is as much interest in who was hot as who is. In the mid-1980s, Admiral Bailey, who recently coached the Tivoli Gardens football team, was one of the hottest deejays in the land.

Inevitably, there are queries when a performer's output slows or the songs are not having the same impact as before, with rumblings about who is 'done'. Admiral Bailey addressed notions about his slowing down 26 years ago, in Tink Me Did Done - which includes the year, as he deejayed "after '87 there is a lot more to come".

Now, he performs in Jamaica intermittently, but his cherubic appearance and obvious delight in his craft, at which he is a master, keep him a favourite, and his slew of hits, of course.

Rodney Price was in full-blown bad-boy mode in the 1990s, with gun song after gun song running Jamaica's dancehalls. He proved to be ahead of his time with the lyrical shooting when he deejayed before the turn of the millennium "big tings a gwaan 2004 / me jus receive de gun whe name See Yu No More".

It was well ahead of the date, coming out on his Down on the Ghetto album in 1995.

Ahead of the turn of the millennium, now well over a decade ago, The Artist Formerly Known As Prince (as Prince was referred to when he changed his name to a sign with no known pronunciation), sang 1999, a song which enjoyed an understandable resurgence in popularity.

By some reckonings, the world was about to end (or, at least, the computers would all stop working) and although the song had been recorded 17 years earlier, it was the appropriate soundtrack for those who wanted to go out with a bang. Prince sang his intention to "party like it's 1999", in the album's title track.

Putting the year in a song makes it eventually either a historical marker or a relic. Very few Jamaican performers have put a year in their song, after the fairly common references to the date of Haile Selassie's coronation in Addis Ababa, Ethiopia, on November 2, 1930.

Hugh Mundell was about 16 years old when the title song of his debut album was recorded in 1978. It was the decade of political protest music from Jamaica where ills at home and abroad were addressed.

"Africans must be free

When I and I people shall

Then, apartheid was on the reggae radar, with European transgressions in southern Africa - especially South Africa - making for strong lyrical content. Africa (and Nelson Mandela) were not free by 1983, but neither was Hugh Mundell. He was dead, murdered in mid-October 1983 while he sat in a car.