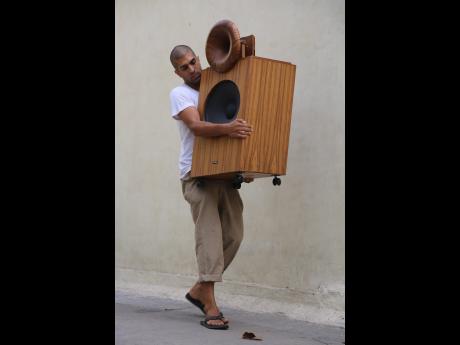 Contributed
Labour of love - Taru Dalmia, carries the frame for the sound system. He along with Samira Chopra and Ska Vengers, have started a crowdfunding campaign, to make India's first sound system go from a dream to reality. 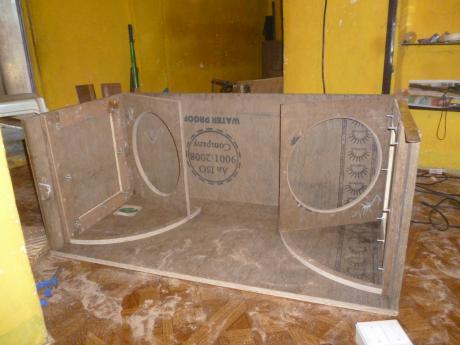 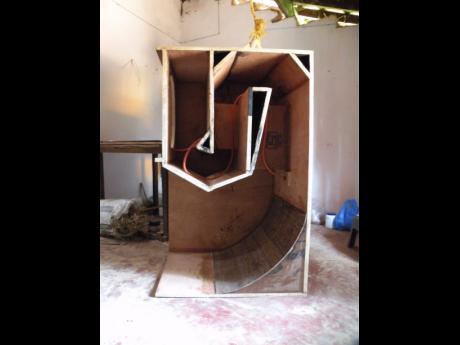 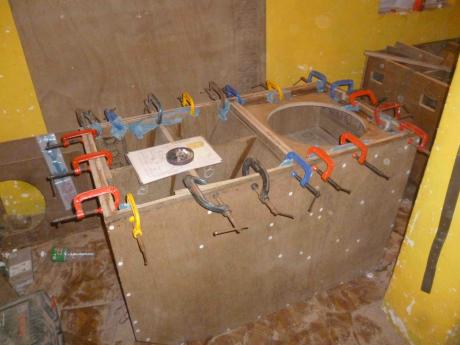 Music is the food of love, it is said, and if that is the case, love does transcend any physical or metaphysical barrier and flows seamlessly, unequivocally and unconditionally. A phenomenon born in Jamaica, is spreading that love of music in the largest democracy in the world.

Delhi Sultanate, aka Taru Dalmia, lead singer of India's first ska band - The Ska Vengers - aims to travel to and perform in cities and villages around India with a mobile, Jamaican-style sound system; and this dream has gone from being a concept, to a wooden frame and getting close to reality.

"The idea is to build a mobile sound system in India, so we can take music out of clubs, and straight to the people," Dalmia says. To realise this ambitious project, which will take more than inspiration and zeal, he and his friends have taken the crowdfunding route to raise money.

The crowdfunding campaign for the initiative was launched on Indiegogo, on November 17, and the goal is to raise US$16,300 in 60 days.

"The idea (to make the sound system) came from a few different places," he said. "Ever since I first felt bass music back at my first reggae dance in Europe, I dreamt of being able to bring this extraordinary experience to India.

"When a lot of KRUNK artistes from India travelled to perform at Outlook Festival (one of the biggest bass music festivals in the world) in Croatia a few years ago," he added, "We began to think more seriously about how to achieve this goal."

Dalmia says that music "should not just be heard, but physically felt", and hopes to bring this sonic culture to people across the country.

He has been instrumental in taking the sound culture of Jamaica in India for years, as Delhi Sultanate, BASSFoundation Roots, as the lead singer of ska, reggae and rocksteady band - The Ska Vengers and founder of nonprofit organisation, Word Sound Power, that creates films and musical collaborations around issues of social justice in India.

Social activism takes centre stage, and Dalmia says that like-minded movements in India, continue to be the source of motivation.

"A strong inspiration behind this project has been JANAM, (abbreviation for Jana Natya Manch or People's Theatre Front) a street theatre group founded by Safdar Hashmi (a communist playwright and director, best known for his work with street theatre in India), which I joined in 2000 when I returned to India," he recalled.

"Apart from street plays, JANAM had also constructed a mobile stage; with the understanding that only certain people come to auditoriums to watch plays. Hashmi wanted to be able to take the stage to the people, and in a way, the sound system idea is not much different."

He said that the vision is for the masses to experience music as an open community. India, with a rich history of deep rooted cultural interventions - from street plays, puppetry, music and social commentary - has a vast expanse and the population which strives to be a part of the global phenomenon.

"The mobile sound system," Dalmia says, "Could open music to anyone who wants to listen, anywhere in the country."

With crowdfunding, he hopes that fans of reggae music, as well as those who appreciate music and the arts, can come together, contribute towards this vision and tangibly help this initiative get off the ground.

He is, at the moment, touring and doing performances to raise additional funds and he, along with Begum X (Samara Chopra, lead singer in Ska Vengers) have created goodies for campaign backers - from tunes to hoodie gift sets to backers' names inscribed on the speakers.

This is a labour of love, an expression that makes the world go around, and in the words of John Lennon, "love is all we need".

For further details or to contribute to the campaign - log on to https://www.indiegogo.com/projects/let-s-build-india-s-first-reggae-soun... and help India get its first sound system - with love from Jamaica.