Produced some of the biggest hits in Jamaica’s music 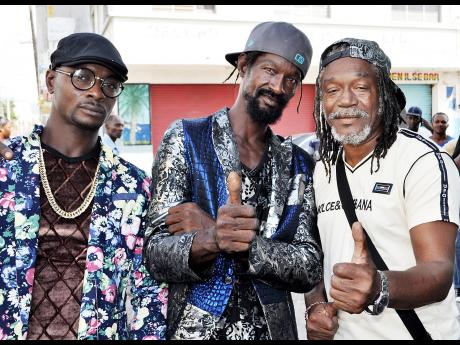 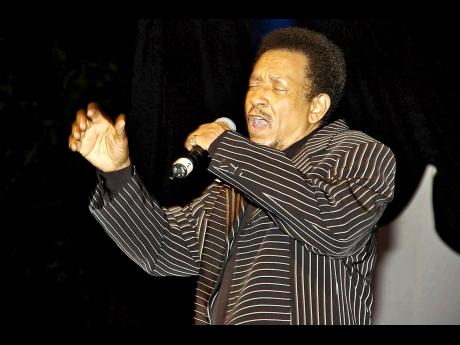 This week, we continue our look at some of the more prominent record producers in early Jamaican music.

Joel Gibson, better known as Joe Gibbs, was perhaps the best-known and most successful in a long line of such businessmen during the late 1960s, 1970s and early 1980s. Picking up where others like Duke Reid, Clement Dodd, Leslie Kong and others left off, Gibbs released a string of quality hit recordings on his Amalgamated, Pressure Beat and Joe Gibbs labels that his competitors, perhaps with the exception of Bunny Lee, could never equal.

Remaining active for a protracted period as a record producer in early Jamaican music was not the easiest of tasks, when one considers the myriad changes the music went through and the accompanying readjustments to technique that had to be employed to keep abreast with it. Joel Gibson, however, defied the odds during a decade and a half of musical blast that saw him producing some of the biggest hits in Jamaica's music history. Perhaps his most celebrated client was the Crown Prince of Reggae - Dennis Brown - who gave Gibbs his first international hit with Money in My Pocket in 1971. It reached the top 20 on the United Kingdom (UK) charts. Another Gibbs production, titled Love has found its Way, also done by Brown, created heatwaves across Europe and the United States, hitting the Billboard charts in 1983. Again in tandem with Brown, Gibbs produced the internationally acclaimed albums Vision, Foul Play, Love has found its Way and Spellbound in the 1970s and early 1980s.

With a catalogue that stretched from here to eternity, Gibbs also had in his fold Peter Tosh's Maga Dog and Them have fi get a Beaten on his Pressure Beat label, and Culture's See them a Come, I'm Not Ashamed and Natty dread taking Over on his Joe Gibbs record label in the late 1970s. Joe Gibbs created history in February 1978 when his production of Althea and Donna's Uptown Top Ranking hit the number one spot on the UK charts, one of five Jamaican recordings to have done so. Released in 1977, it was actually a sample of the rocksteady recording, I'm still in love with You, done by Alton Ellis almost a decade earlier.

Gibbs' earliest productions were done on the Amalgamated label. They included Just like a River and Seeing is Believing by Stranger Cole and Gladstone Anderson (Stranger and Gladdy); You Gonna Need Me and Stop Your Lying by Errol Dunkley, and the recording that brought him into the production business - Hold Them by Roy Shirley, done in early 1967.

Apart from Ivan Chin during the mento era of the early to mid-1950s, Edward Seaga may perhaps be the earliest of the record producers on the Jamaican music scene. Two stunning hits that became landmarks in Jamaica's music history were attributed to him - Dumplings - a ska instrumental by Byron Lee and the Dragonaires, and Oh Mannie Oh - an R&B vocal recording by Joe Higgs and Roy Wilson (Higgs and Wilson), both done in 1960. The first was numbered among the first three records released in the UK on the Jamaican/UK label - Bluebeat, while the second created history by becoming the first Jamaican record to be manufactured on vinyl for public sale, as opposed to acetate pressings used by sound systems.

Derrick Harriott, who had earlier entered the music business in the mid-late 1950s with his singing group - The Jiving Juniors - branched out into music production proper by the 1970s with Rudy Mills' Long Story and John Jones, Keith and Tex's Stop That Train, Tonight and Don't Look Back; The Ethiopians' No Baptism; The Kingstonians' Singer Man, and Winey Winey and Dennis Brown's Silhouettes, Wichita Lineman and Lips of Wine. Brown seemed emotionally charged on this latter piece, as he brought Harriott production skills to the fore with:

much of my baby,

thinking how she needs me

and I don't seem to know, if she's feeling so bad."

Distributing on his own Crystal label, Harriott also produced for himself The Loser, Solomon, Walk the Streets, and others.

Bunny Lee struck gold the moment he entered the business with Roy Shirley's Music Field. Lee, in fact, debuted with, Do it to me Baby, by Lloyd and the Groovers, and followed up with People Rocksteady and the monster hit - Let me go Girl - the biggest Jamaican hit of 1967. The opening lines, "Girl you hold me, trying to control me. Let me go girl, let me go tour the world" was on the lips of almost every Jamaican.

Harry Johnson staked a claim to be the first to produce a reggae recording with Bop and the Beltones' No More Heartaches in 1968, which explored the parameters of romantic love:

"Searching so long, just for you

Now that I found you, please be true

No more heartaches no more pain

No more sorrow no more strain."

Harry J. also produced Liquidator by Harry J, All Stars and Young Gifted and Black by Bob and Marcia, which sat at number nine and number five, respectively, on the British charts.

Other early Jamaican record producers of note included J.J. Johnson, who recorded some distinguished cuts by The Kingstonians, The Rulers, Carl Dawkins and The Ethiopians who had the anthem Everything Crash. Clancy Eccles produced the classic hits Say what you're Saying and Please Stay by Eric Morris and Larry Marshall, respectively, then brought King Stitt into the recording business with Fire Corner. Winston Riley produced several early recordings by The Techniques and later did the double with Double Barrel and Monkey Spanner, before bringing Tenor Saw under his wings with Ring the Alarm.