Music no joke for Grampa Entatain 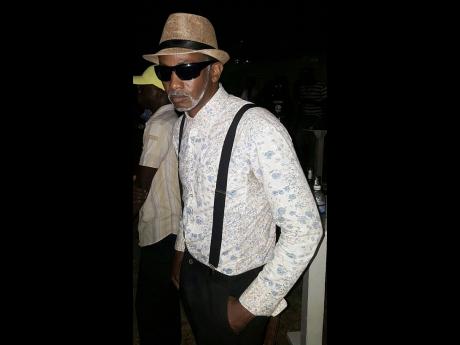 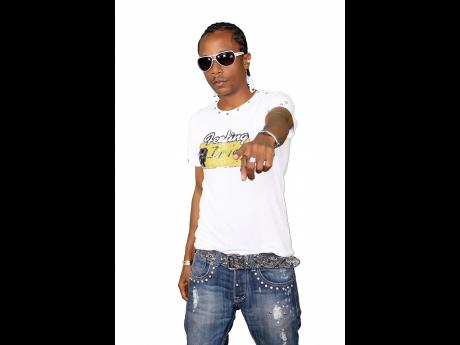 Maybe Keithlen Robert Mendez's love for General Degree's song Granny, which he used to perform while attending Brittonville All Age in St Ann, has been the influencing factor on what he is doing today.

But there's no denying that Mendez, popularly known as Grampa Entatai, is having an impact on the Jamaican music scene, using his 'grampa voice'. Grampa Entatain currently has two hilarious songs in Frowzy Taxi Man and Stop Run Dung Taxi Man.

In addition to General Degree, Professor Nuts, Stitchie and Papa San all influenced Grampa Entatain when he was a youngster.

Despite what appears to be just comedic lyrics, the DJ has a deeper underlying concern "Mi see where the industry lack some sort of humour, so mi seh, yow mi a go replace the gun with fun, yuh si mi?" Mendez told The Gleaner on a visit to the Ocho Rios office recently. "And even though I do comedy, I also do reality that you can relate to. I do all types of music in a comedic way."

Even the process of choosing his stage name was funny.

"Mi brethren said he wanted to give me a name, so him come up with two names, Ozone and Entatain at first. So mi put the two names on paper, wrap dem up, shut up mi eyes, throw dem up and tek up one (off the ground when they fell). Mi choose Entatain and mi did a work with that one. Mi used to deejay inna mi normal voice, but mi find the grampa ting so mi just add the grampa to it. An' it a work," he said.

The deejay explained that he dressed up in an old man costume and videotaped himself performing another of his songs, Ugly Gal, then uploaded it on Facebook. "It reach worldstarhiphop (website), 590,000 views," he said.

And Grampa Entatain officially arrived on the scene.

That was three years ago and three years after he actually started in the music business. Since then Grampa Entatain has been performing across Jamaica, but only came to national attention after Frowzy Taxi Man started getting airplay.

"Getting some rotation now is the greatest thing; even the children dem a request the ting now," he said. Children and older people seem to be his biggest fans at this point.

Mendez has been working with First Page Production and is looking forward to bigger things in his career. "Di way di people dem tek on to di ting, di future a go bright," he stated. "Right now I'm working on a 12-track CD. Mi a go come wickeder!"

Mendez is grateful for the support he has been getting, especially from his number one fan, his mother. "My mother has been encouraging and supporting me from day one. She call me almost every day. An' mi brethen dem around me, always there to encourage me," he said.