'War Dogs' nip in the storyline 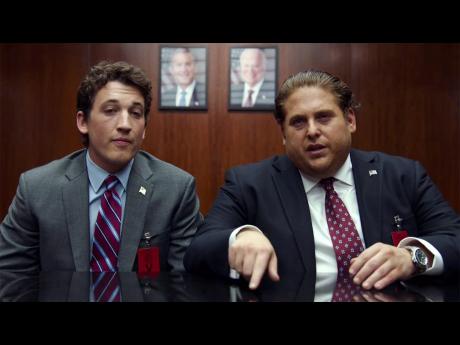 War Dogs is the everyday tale of a young man trying to find his way in the world and then slowly. but surely, making a name for himself gunrunning and war-profiteering.

Okay, it's not an everyday tale, but it is the story of War Dogs. Down on his luck, David Packouz runs into childhood friend Efraim Diveroli. The two join forces and start down a path that leads to them selling illegal weapons to the US military.

As fantastic a tale as that sounds, War Dogs has a hard time telling it. A lot of time is spent on an intro that is pretty obnoxious. It outlines the idea of war being ruled by economic gain, rather than the patriotic notions we're told to believe. A novel concept, but it's delivered in a style that is entirely not. Picture a dangerous situation ending in a freeze frame, followed by the character narrating something along the lines of 'you're probably wondering how I ended up here' and then a flashback that leads up to that moment.

That's the biggest issue in War Dogs. It's told in a format we've seen before and, ultimately, feels sort of stale. Thankfully, the movie gets better as it goes on. It's got a couple of entertaining moments that stick with you and the story itself is pretty fantastic. The two leads, Jonah Hill's 'Efraim Diveroli' and Miles Teller's 'David Packouz', are at the heart of the movie, but they're hit and miss.

Jonah Hill is very good and his bid as the Joe Pesci for a new generation, coming off of a similar performance in The Wolf of Wall Street, is fine by me. Miles Teller, on the other hand, tends to suck the life out of any scene he's in. He's playing the guy who gets seduced by danger and then burned by it, but he never seems entirely thrilled or even startled.

It doesn't help that you can see where the movie is going from pretty early on, but no one said every movie had to bring something new to the table. What it really boils down to is, does War Dogs have enough in it to warrant your attention?

Despite its flaws, I'm inclined to say yes - even just for the story alone.