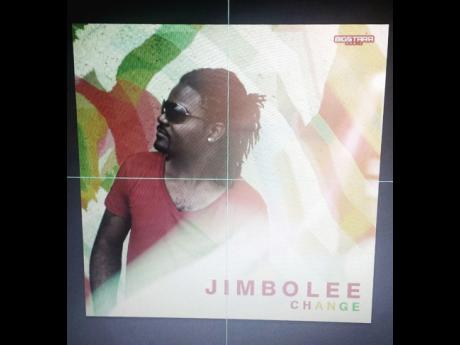 Feedback from the title track, which has been pre-released and getting some amount of airplay, has been tremendous and signals what the singer is hoping will be his most successful album.

Additionally, Jimbolee is hoping that the positive reactions to Change will translate into the breakthrough that he has been seeking throughout his career.

"We are in discussions with a company in Holland - Big Starr Music - to deal with the distribution in that part of the world," Jimbolee, real name Phillip Wilmot, told Entertainment Avenue.

"They will be the executive producers of the album and they are really excited with what they hear when they listen to the tracks. I'm excited too because of the reaction to the title track, Change, has been fantastic. People listen to the track on Facebook, on Soundcloud and on Irie FM and the feedback is great. Some people seem even more convinced than me, that the song is going to be a hit," he added.

Change will feature a mix of culture/reality and love songs by the artiste. The title track speaks of the need to change the current social and political system, where children continue to suffer while political and other leaders continue to deceive and thrive. The song speaks against discrimination, calls for love and the doing of good, while encouraging hope.

The lead track on the album, Bad Mind, speaks of a social ill that is all too prevalent in Jamaica and has been the subject of several recordings over the years.

Jimbolee's input on the subject is worth listening to, as it speaks of a personal situation that affected the singer earlier in his career.

Change will also feature a re-release of the love song, I Wish (Ghetto Star rhythm and previously included on the 2011 album, Mixed Feelingz), a song that gave Jimbolee his first real buzz in Jamaica, after he returned from living in Curacao.

I Wish, with a video currently on YouTube, tells the story of a man whose mistakes caused a woman pain and he now wishes things were different, as he seeks forgiveness.

Meanwhile, another track, Never Give Up, offers hope and encourages perseverance.

"As the song (Change) says, 'a dis year', so I expect that big things will start happening for me this year, leading to even bigger things next year," Jimbolee said.

Change, scheduled for release later this year, is Jimbolee's first album since Colour of Love in 2012. Previous albums by the singer/ songwriter/producer include Spanish Love (2009) and Mixed Feelingz (2011).