For the Reckord | Serious welcome for Winkler's archives 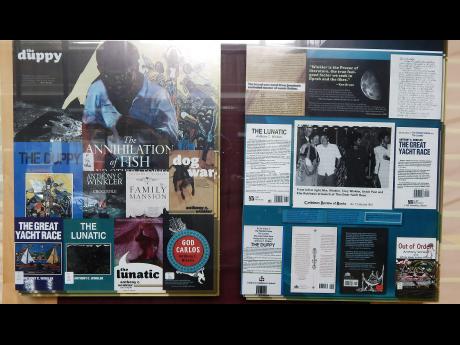 Michael Reckord
Covers of Anthony Winkler books and newspaper clippings about him displayed at the National Library. 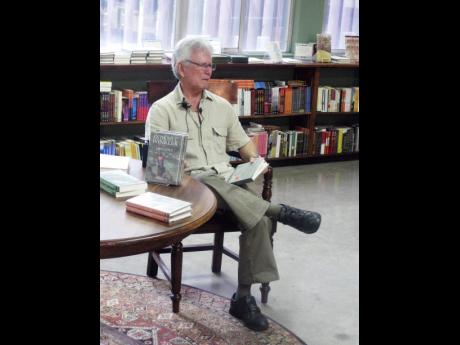 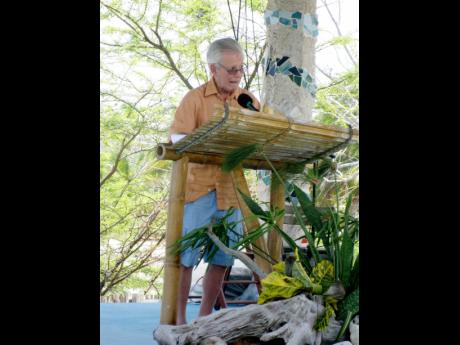 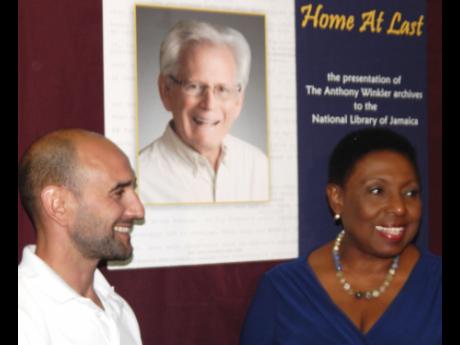 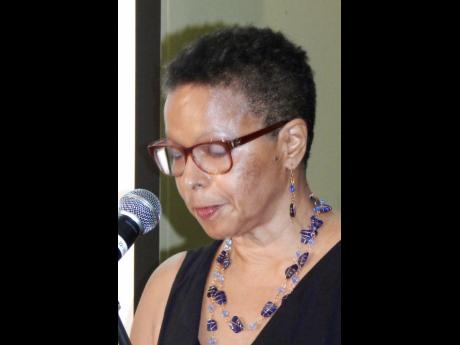 Anthony Winkler (1942-2015) was a "unique" Jamaican novelist, poet and playwright whose work "deserves greater exposure and further analysis", says Dr Kim Robinson-Walcott, author of a PhD thesis based on Winkler's work and the book Out of Order! Anthony Winkler and White West Indian Writing.

She was speaking last month during the handing over of Winkler's archives to the National Library of Jamaica, downtown Kingston, by his family. The audience included 14 of Winkler's family members, among them his children Adam and Becky and widow, Cathy, pointing out that Winkler was best known to Jamaicans as a writer of comic fiction, principally his second novel, The Lunatic, she called it "a classic in Jamaican fiction". It was made into a movie starring Paul Campbell.

"Winkler is able to combine outrageous farcical humour with insightful social commentary and incisive analysis of his fellow Jamaicans. Winkler's books transcend the boundaries between popular and serious fiction. There is a sobriety underlying the farcical humour and a richness underlying seeming superficialities which are often underestimated. There is an artistry in the seamlessness with which these levels coexist; in short, Winkler's books warrant serious consideration," she said.

Robinson-Walcott spoke enthusiastically of the treasure trove that she and National Library director Winsome Hudson found when they visited Winkler's home in Atlanta after his death. It included numerous poems, some soon to be published by the University of Georgia Press, more than 20 playscripts, and some four to six manuscripts of unpublished novels.

Her initial impression was that Winkler wrote most of the playscripts and novels, set in the USA, before The Painted Canoe, set in Jamaica and published in 1983. Winkler often said he found his creative voice when he started writing about Jamaica.

"The fisherman who was the protagonist in his early short story, The Man Who Knew the Price of All Fish, jumped off the page and took over his life and grew into Zachariah, the protagonist of The Painted Canoe," Robinson-Walcott said. "After that, there was no holding back Winkler in his churning out of his Jamaican fiction."

Also in Winkler's study were parts of two unfinished novels written in recent years. Silver Sands, was to be the final part of a trilogy of which God Carlos and Family Mansion had been the first two parts. The other, tentatively titled The Duppy, was a novel with which, Robinson-Walcott said, Winkler "had been struggling with for years".

"He had expressed to me on numerous occasions ... that he was dissatisfied with his depiction of God, or of man's relationship with God, in his 1997 novel, The Duppy, and felt another side of the story had to be told," she said.

"For me, the best part of the acquisition is that it demonstrates how much Jamaica values Winkler's work. Tony's biggest ambition was to be recognised in his homeland."

Minister of Culture, Entertainment, Gender Affairs, and Sport Olivia Grange described Winkler as "an outstanding Jamaican literary artist to whom we owe a debt of gratitude for telling some of the Jamaican stories to a wider global audience". She said Winkler had "the mind and heart of a man committed to the development of this country of ours, who understood that his birth and early development in Kingston, his attendance at the Excelsior High School and later Cornwall College, and his engagement with the ordinary people of Jamaica was what provided him with the fertile soil necessary to create and enhance the literary genius he became."