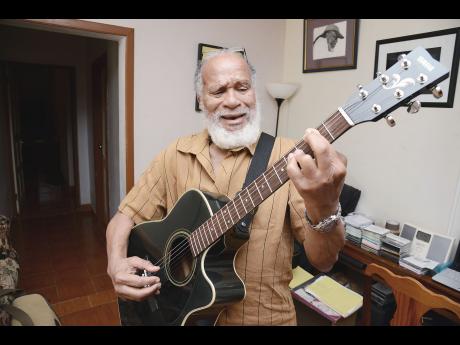 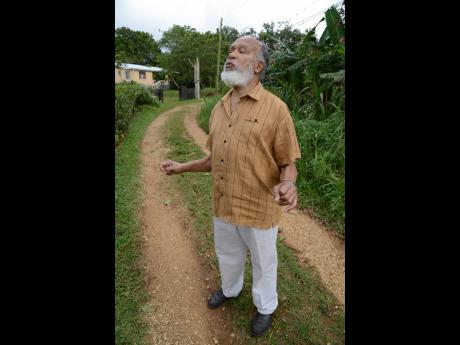 Last week's Music Diaries revealed how songwriters, especially those in early popular music, made heroes and heroines out of singers through their writing, while they themselves dwelled in the shadows. The twist to that is that several songwriters who had no intention of, or never even dreamt of becoming singers, ended up in that field by some strange hand of fate. One such example of this is the Jamaican rocksteady and reggae crooner Ernie Smith, who, for the purpose of this retrospective, is particularly timely as he celebrates his 72nd birthday this past week.

Smith's entry into the entertainment business as a singer came by chance in 1967 when he visited the Federal Recording Studios at 220 Marcus Garvey Drive (known then as Foreshore Road) with a song he had written and was looking for someone to sing it. In an interview I had with Smith in the early 2000s, he explained:

"I came to Kingston to do a radio interview, which was over in 20 minutes. I had a whole day off from work, and so I decided to take this song that I had written, and which I used to sing with the band I was with in the country, to Federal Records. Conroy Cooper, who became a member of the Fab5 band, was there. He got the chords from me and played it on the piano. Richard and Paul Khouri listened to it. I basically presented myself as a songwriter. I told them I got this song and needed to get somebody to sing it. The response from the Khouris was, 'there's a band coming here at 2'oclock. Why don't you just stay and sing it?' so that's how I got into the music business."

Smith had in fact gone to Radio Jamaica and Rediffusion (RJR) to seek a job as a radio announcer. He knew that he had the diction and the voice for the job, but, unfortunately, he was turned down, with the popular consolation talk, "Don't call us, we'll call you". According to Smith, he was never called.

The recording that did the trick was a slow ballad called I Can't Take It. It was a brave move by Smith because the rocksteady genre was what the nation was gravitating to at the time. Accompanied by Ernest 'Ernie' Ranglin and Lyn Taitt on guitar, Brian Atkinson on bass, Joe Isaacs on drums, Conroy Cooper on keyboard, and a horn section, of which Smith did not recall the musicians, the recording initially did not take off, but as the years went by, it became a favourite of the romantically inclined dance fan.

Some seven to eight years later, Johnny Nash's cover version under the title Tears On My Pillow became a million-seller and generated enormous royalties. The title change was an unfortunate occurrence as far as Smith was concerned as the American doo-wop group, Little Anthony and The Imperials, had a big hit with a song that had a similar title, and the result posed a mix-up in the distribution of royalties. Smith's version, however, remains one of the most painful love songs in Jamaica's popular music history. The pain is almost palpably felt as he sings:

gee, and I need you so

why you had to go.

But baby, every night I wake up crying

Tears on my pillow, pain in my heart

and you on my mind."

The recording, arranged by guitarist extraordinaire Ernie Ranglin, marked the birth of Smith's career as a songwriter and vocalist.

One of the least-known facts about Smith is that were it not for producer Khouri's aversion to using the name 'Glenroy' (Smith's real first-name) on a record jacket, his stage-name and recording-name would never have been Ernie. According to Smith, in the interview I had with him, Khouri's response to him presenting himself as Glenroy Smith was: "That name would look awful on a record jacket".

Smith earlier performed in the country, using the name Ernie, while with a band he formed called The Vandals shortly after leaving school, and became somewhat of a local guitar hero.

The name came about because of Smith's persistent inclination to imitate Ernie Ranglin's guitar instrumental solo in the Wailers' recording After He Breaks Your Heart. Some fans then jokingly called him Ernie because of that, and somehow the name stuck.

Smith eventually presented to the Khouris the name Ernie Smith as the one to be used on his debut cut and subsequent recordings by him.

Follow the continuing story on Ernie Smith in next week's Music Diaries.