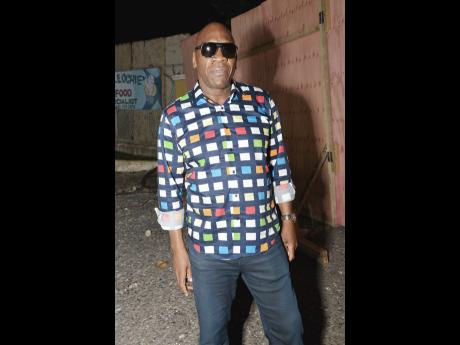 Under ordinary circumstances, tomorrow would have been another great music business day for singer George Nooks. He would have gone to perhaps the most well-attended Mother's Day 2017 concert in the country and, most likely, moved the crowd with his familiar songs and easy delivery.

However, after Nooks was arrested and charged over the alleged possession of cocaine recently, that was put on hold, as he was removed from the event's line-up. That may have been because the sponsors did not want to have their brands associated with the slightest whiff of something unsavoury, or it may have been the actual organisers not taking any chances at a show which is already attracting a huge audience. It is a concert where families will gather and, all too often, in public, families prefer to keep squeaky clean images (regardless of what is actually happening within the unit).

Whatever the reason, unless Nooks himself decided to voluntarily forgo the Mother's Day concert, it was a wrong decision to pull the plug on him. This is a time when public rejection, which in his case as an entertainer, comes with a reduction in income, is about the worst thing that can happen. The law will take its course, but removing Nooks from the line-up of any show is immediately condemnatory. It says 'hands off until you are proven innocent', because guilt is the immediate assumption, because if nutten no go so, it near go so'.

So I was heartened that Nooks performed at Musical Rhapsody, staged by The Church of St John the Evangelist, last Sunday, less than 48 hours after he was arrested. One of his very popular songs is God Is Standing By, and, in this case, God's people stood by Nooks, who reportedly wept during his performance. I am one of those persons who are very wary of the holier-than-thou stance of some who claim religion of any sort. However, in this case, the church people practised what they preach - not immediately condemning another human being.

There are people who are not of the Christian faith and those who are believers who would do well to learn from the organisers of Musical Rhapsody, and they deserved commendation for showing compassion at a time of great distress for Nooks.

In matters of drug use (and this in no way assumes a judgement on Nooks in any way), understanding and rehabilitation is the only way to effectively deal with the matter. Otherwise, the person who may be hooked will only be forced into a cycle of needing the comfort of the high even more as they face social rejection and legal processes.