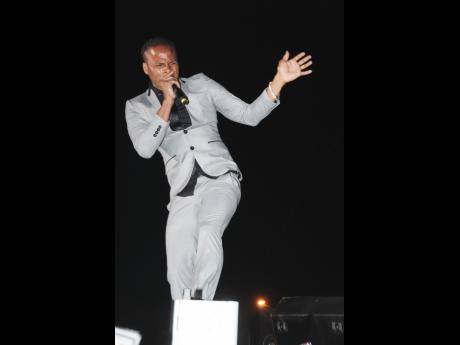 One week after he broke the Internet with the release of a short film for his debut album, 'Intro', which has racked up almost a million views on youtube, dancehall sensation Dexta Daps is heading stateside to be a headline performer/host of Oracabessa BLISS, the newly minted 'All white, All inclusive, Premium Day Party,' that takes place on Memorial Monday, May 29 at the Eisenhower Park, Nassau County in Long Island, NY.

"We have definitely seen a surge in ticket sales and calls to outlets since the release of his latest video" said Irie Jam CEO Bobby Clarke.

"New York is buzzing and fans are excited to see him perform here," Clarke disclosed.

The 12-track project was produced by DASECA Productions with guest spots by Alaine and Blakkman.

The all-inclusive party price includes exotic drinks and beverages all day. Their will be on site masseuses, VIP cabanas, and a fashion show with celebrity guest hosts. Top Jamaica and NY area selectors including Rory from Stone Love; Renaissance Disco with Jazzy T and Delano; Captain Collin Hines of FAME FM; Road International; Dubbmaster Chris will entertain patrons all day with the best selections of reggae, dancehall, soca and R&B music.