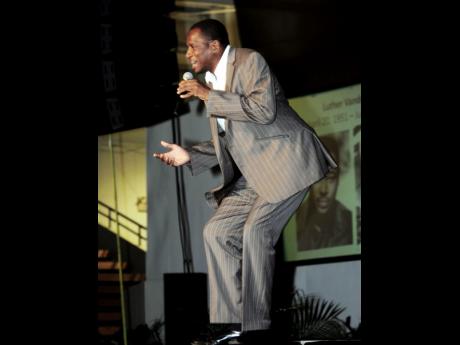 Having gained a massive ground swell with the staging of 30 editions of ‘Thursday Night Live’ shows, featuring 30 special guests over 30 weeks, DiMario McDowell in association with 2A Seafood and Grill will be hosting the ‘Best of DiMario & Friends’ at the Karl Hendrickson Auditorium, Jamaica College, tonight.

The line-up will include 11 of the island’s top performers, accompanied by four bands.

“This is going to be a one-of-a-kind show in keeping with my vision to encourage families to go out to live shows, where the broad spectrum of Jamaican music is on display. We have seen the overwhelming response to our ‘Thursday Night Live’ events, when we have a variety of music at one session: mento, ska, rocksteady, dub and dancehall from the 1980s and even a splash of humour,” DiMario said.

DiMario said he is expecting most of the 3,000 or so patrons who have attended the 30 weekly shows to-date to support the ‘Best of DiMario McDowell & Friends’, because of the exceptionally high entertainment value.