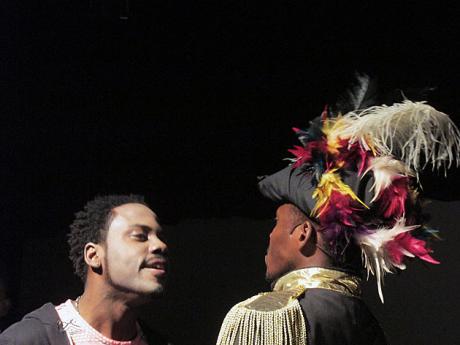 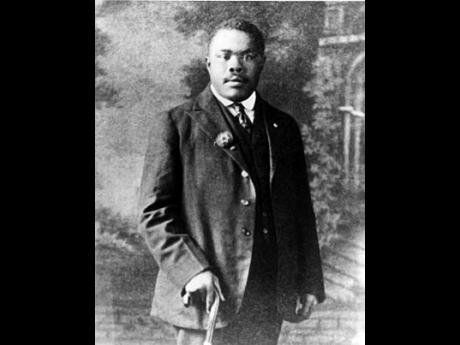 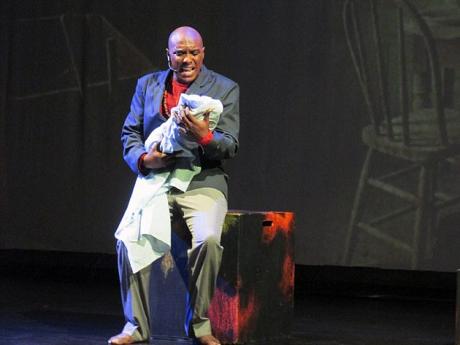 File
Garvey's father (Rudolph Tomlinson) sings to and about his baby. 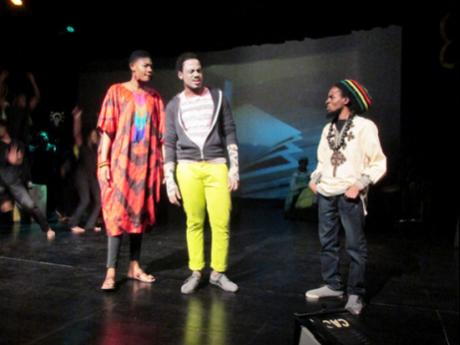 Paul H. Williams
Aunt Caroline (Alicia Taylor, left) and her nephew Scrubs (Akeem Mignott, centre) and Benjamin (Derrick Clarke) in one of their several verbal clashes during Garvey: The Musical. 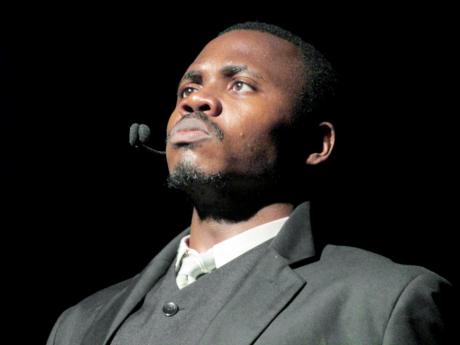 Paul H. Williams
A resolute Marcus Mosiah Garvey (played by Andre Bernard) in Garvey: The Musical when it was on stage in 2016. 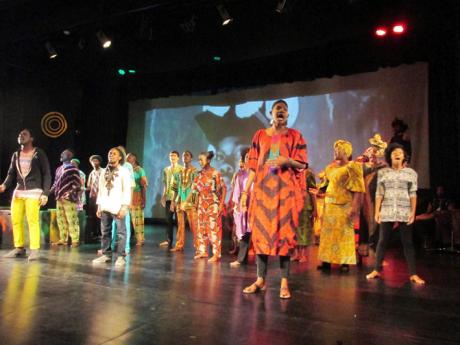 Paul H. Williams
The finale of Garvey: The Musical at the Philip Sherlock Centre for the Creative Arts, Mona Campus, University of the West Indies (UWI) on Monday, October 17, 2016.
1
2
3
4
5
6

Michael Holgate's Garvey: The Musical will soon come to a close - again. The curtains come down on a three-weekend run next week.

The musical, which was first staged in October last year, made its return to the Philip Sherlock Centre for the Creative Arts at the University of the West Indies, Mona, on May 12. Holgate told The Gleaner that his decision to stage the musical again was sparked by the need to have as many persons as possible exposed to the production.

"The musical is an extension of the philosophies of Garvey. We did not just put on a musical for the sake of musicals, and I didn't think the message got out there enough," he said. "I have a hope that people will get something from the teachings of Garvey. So many Jamaicans are out there bleaching their skin because they feel it's ugly, and so, in my little corner of the world as a theatre man, I am doing my piece in terms of making it relevant. I believe in bringing empowerment through the arts."

Holgate plans to have the musical staged in schools islandwide. Stating that Garvey: The Musical has already been viewed by seventh and eighth grade students from the Wolmer's Boys' School, Holgate hopes to do more.

"This musical deals with issues of race and identity, and so I don't think the time for it has ended - and will ever end. The struggles that were present when Garvey was alive are still present, and if we are to make any serious changes in the way people think, we have to start with the young people," he explained. "People are still having a problem with identity because they don't know their history, and I want to bring that philosophy into the mainstream conversation, and theatre is the best way I know how to do that."

Holgate expressed a little disappointment with the support the production has received so far. "In some ways, it's like preaching to the same, because the people who come to watch are those who already know and want to see how someone else teaches Garvey. Everybody who is a Garveyite comes out" he said. "Then there are others who are turning up just because it's a musical. I want persons to show a genuine interest in Garvey and what he stood for. His ideas, his philosophies, his teachings should be enough for the Jamaican people to want to come out."

In March this year, Garvey: The Musical won two Actor Boy Awards in the categories of Best Musical and Best Original Song.