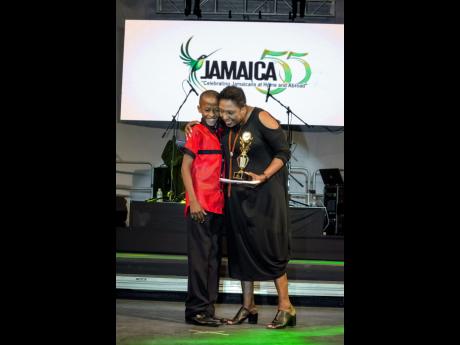 Contributed
Taville Henry, winner of the 11-15 years solo category, is all smiles as he receives his cash award and trophy from the equally elated Minister of Culture, Gender, Entertainment and Sport, Olivia Grange. 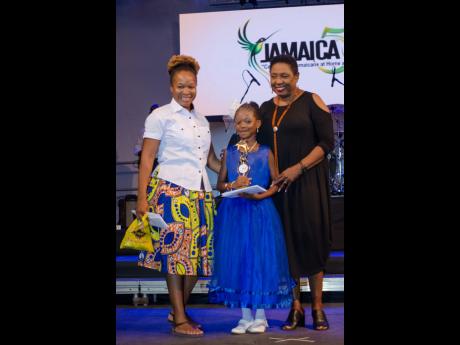 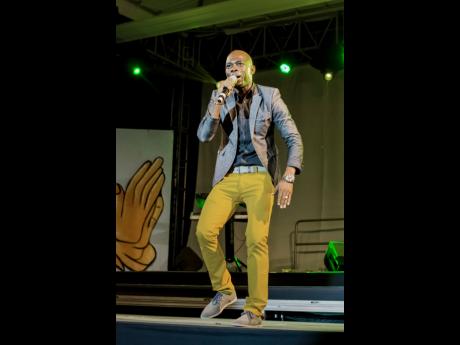 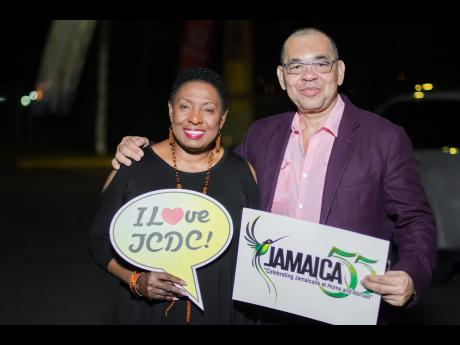 He was placed first in the 11-15-year-old solo category, in the Jamaica Cultural Development Commission (JCDC) Children's Gospel Song Competition 2017 and also awarded the prize for best overall performer of the competition.

In doing so, he bettered his first place in 2016 in the six-10-year-old solo category.

His winning entry for 2017 was titled Jerusalem.

Not surprising, Henry was feeling "pretty happy" when The Gleaner spoke with him. He believed the finalists were very competitive, especially Remone Watson of Hanover (For Your Glory).

The grade-six student also said his favourite experience in the competition was "meeting a lot of people and winning".

And while he was not able to say what his least favourite experience was, Henry said he has learnt not to doubt anybody. He cited the case where one of his schoolmates who did not consider the other contestants competitive, failed to make it to the finals.

Alpha Primary School, was also a big winner on Sunday. They took home three of the six top prizes on the evening. Maylynn Dillion was the winner for the 6- 10-year-old solo category with, Just a Closer Walk With Thee, and the school's six - 10 year old choir, and 11-15-year-old ensemble were awarded first place in their respective categories.

Kenley Thompson, teacher from Alpha Primary, said he was overwhelmed and grateful for the success. He says Dillion is a disciplined student who always made the necessary corrections after rehearsals.

The other winners on the evening were Willowdene Group of Schools, in the 11-15-year-old choir category and Jessie Ripoll Primary for their entry in the six-10-year-old ensemble category.

The JCDC Children's Gospel Song Competition 2017, was held at the Ranny Williams Entertainment Centre on Hope Road and is one the first celebratory events for Jamaica's 55th anniversary. The competition which began as early as September, also provided a fitting closure for Child Month, according Stephen Davidson, director of marketing and public relations, JCDC.

"It is good that we start (the anniversary celebration) with our young people and to close Child Month with the concert. What we have done is to display the talents of our children through this competition," he said.

He, too, thought the participants were highly competitive and the level of performances superb.

The competition saw 24 participants in two classes: six-10 and 11-15. The classes were then subdivided into six categories. Prior to the performances, participants were coached on the use of stage. The guest artiste for the evening was Rondell Positive.