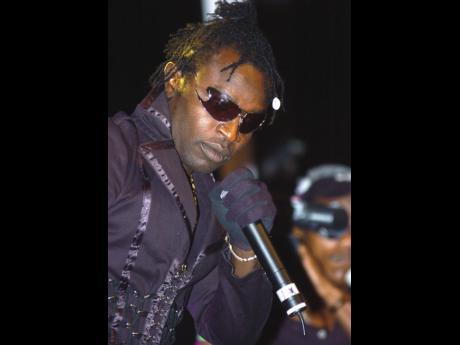 Mad Cobra is fired up about his performance at the 25th staging of Reggae Sumfest. Cobra insists that the Sumfest audience will be in for a treat, as he’ll be bringing his greatest resource, that is, himself! He says, “I’ll be bringing ME. I’ll be doing me…bring people back to that nostalgic dancehall, hardcore…at the same time aggressive but clean”.

The DJ, who was the first reggae artist to top the Billboard rap singles chart, will take his fans on a musical journey through his catalogue of massive hits such as, Flex, which was a major crossover hit in 1992; that topped the rap singles chart, and copped a spot in the Top 10 on the R&B charts.

Following a 12 year hiatus, the artiste is looking forward to participating in this monumental staging of the festival.

“Well, it’s a pleasure that’s long overdue. I see it fit to come and represent”. The artiste lauded the move Reggae Sumfest has taken to refocus the production on Jamaican music and talent. In regards to promoting our local acts, Mad Cobra simply says, “We must eat what we grow!”

The artiste also cautioned young and eager persons who want to enter the world of Jamaican dancehall.

“It does not make sense to chase the limelight; it’s wise to just maintain your career. Once you do songs with substance, people will always love it; you don’t have to be the headliner on a show to go and do your best,” he said.

The weeklong festival is staged in Montego Bay, and begins on Sunday, July 16 with the Beach Party. The staple All-White Party at Pier One happens on Tuesday, July 18; Sumfest Blitz takes place on Wednesday, July 19 and the exciting Sumfest Heavyweight Clash will be held on Thursday, July 20 at Pier-One. The festival climaxes at the historic Catherine Hall on Friday, July 21 and Saturday, July 22 with live music featuring Sean Paul, Tory Lanez, Alkaline, Mavado, Queen Ifrica, Jah Cure, Sizzla and Christopher Martin among many others.