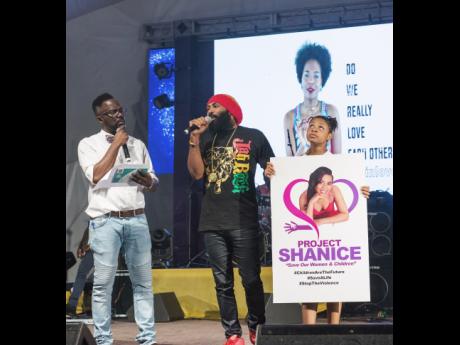 Darien Robertson
Ity (left) and Anthony Cruz are joined by a youngster onstage holding a poster of Shanice as they try to raise awareness about domestic violence. 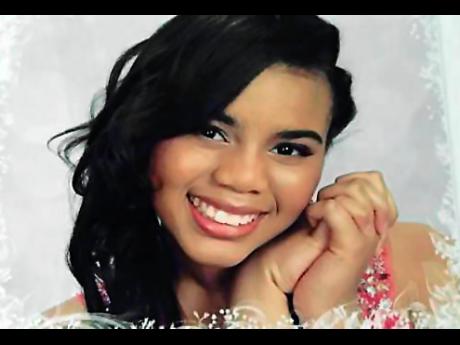 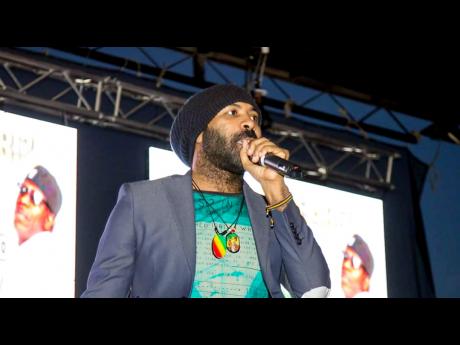 Losing a child is a tragedy no parent should have to go through, especially when the life of that young one is snuffed out in an untimely way by violent means.

The above scenario is a reality many parents are living with today.

Reggae artiste Anthony Cruz is one such person. As the world celebrates its fathers today, the entertainer anticipates the cloud of gloom that will shadow his Father's Day celebrations this year, as it will be his first Father's Day without his only daughter, Shanice.

Cruz lost his daughter in February after she was killed by her stepfather in the USA. The entertainer tells The Sunday Gleaner that it has been a difficult journey coming to terms with his daughter's passing and says that things may be particularly hard today of all days.

"It's hard for me on normal days, not just Father's Day, because I'm human. It's a natural thing to feel sad at different points. Every day was Father's Day for me because me used to talk to my daughter and tell her me love her every day," he said. "She always used to do something nice for me on Father's Day, even though sometimes it was from a distance (she was living in the US). Simple things like a phone call meant the world to me on Father's Day because just to hear her say 'I love you', that's what counted. Me affi go just take it (today) like she deh yah, you know. that's all I can do. Me affi just take it one day at a time and try to enjoy the day same way. Me have me son still, and me can celebrate her and hold a vibes in her memory same way."

The entertainer encouraged fathers to play active roles in the lives of their children, stressing that at any point, things could change, so they should make use of the time they have together.

"Get closer to your youths. Get to know your child. spend time with them. Anything can happen at any time, so just love yuh youth and cherish every moment with them. Time and love are the most precious things, so love as hard as you can and spend as much time together as you can."

Cruz told The Sunday Gleaner that he decided to start a foundation in memory of his deceased daughter. He explained that the foundation would focus on educating people on the effects of domestic violence. Cruz says that talking about his loss was one of the ways he coped with his daughter's passing and he wants to help others do the same.

"This is happening to so many people across the world, and it's something that's very sensitive, and it's good to talk about it. For me, that's what helped me to cope with my loss. I felt better when I talked about it," he said sadly. "It's good to use your experiences to teach others. This isn't about me. it's about making people aware of this monster. This is what I want to do. I need to be doing this right now."

While the entertainer wants to kick-start the foundation as soon as possible, he says that he is taking his time as he wants it to have an impact on people's lives. He explained that he tested the waters with an awareness campaign following his daughter's death and said that it was well received, so he now knows that there is a great need for a foundation like the one he has in mind.

"I haven't started the foundation yet because I want to make sure that I know what I'm doing. What we did start was an awareness campaign against domestic violence, and that did well," he said. "You see experience? it's the best teacher. When you live something, that's when you realise how much it means to address these things and support projects that address them. I want to use my experiences to educate people on domestic violence. Perhaps I can help to save a life or two."