Story of the song | Khago claims recognition for fathers 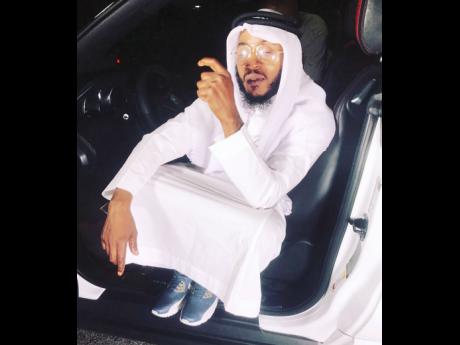 "To all you wonderful dads out there, y'nuh

Although more time some a we deadbeat, y'nuh

This one is reaching out to you

You never no sperm donor

Daddy, from you gone

Me know me did a go struggle

Me know sey me did a go struggle

My life pon Earth a no bed a rose

For from you gone

I no wear no proper clothes

You drop out too soon,

In Jamaican music, songs for 'Mama' are like Coaster buses in Half-Way Tree during peak hours - numerous, nigh indistinguishable from each other, yet serving a need in the consumers, who hop on board and take the predictable journey over and over again.

Complimentary songs about daddy, on the other hand, much like a tourist bus in the same area - very, very rare.

Khago, who had a breakout year in 2010, is very well known for his song Nah Sell Out. Much less known is his late-2009 recording, Daddy From You Gone, which chronicles his struggles after his father 'Zaro' died when he was seven years old. His father died while travelling by bus to see his family.

Daddy From You Gone was recorded for Flava Squad at their Dumbarton Avenue, St Andrew, base, and Khago says that when he heard the rhythm, the song immediately came to him without him putting pen to paper.

"From me say 'Daddy', me jus' start say everything me feel over the years, and it jus' connect," Khago said. "Me neva say me was going to write a song for my father. It jus' come."

The song is a composite of his experiences with his father, who he did not live with, and his seven siblings. The struggles in it, though, are all his. He deejays:

"Daddy, big Sunday morning I no eat no breakfas'

If me say certain things, Dad, Yu would a turn an twis' inna yu grave

So me say, music, yu save me

Music, yu save me

When the pagan dem a try enslave me

A jus' tru me skill make dem no grave me"

The hard work he had to do included tying out goats and collecting wood when others whose parents were around did not have to do that much. And Khago says that even when everybody was collecting wood, he had to make sure that his bundle was "taller than everybody else".

He also deejays about missing his father's presence now that he is a father himself:

What hurt most is that them look like you ..."

"Me good ya now," he said about his children.

However, being a father makes Khago miss Zaro even more.

He says in earlier years he had a feeling of missing his father. Now, he wishes his father was around "to steer me and even help me".

Still, missing Zaro makes Khago more determined to be a good father himself.

"Especially boy pickney no make it without a father 'round him. I mean a real father. If you a hooligan, it no really pencil out," he emphasised, noting that no matter how a stepfather cares, may have more money than the child's biological father, and the mother prefers him, it is just not the same.

And the memory of that love makes Daddy From You Gone very hard to perform.