‘The Dark Tower’, a cinematic lullaby 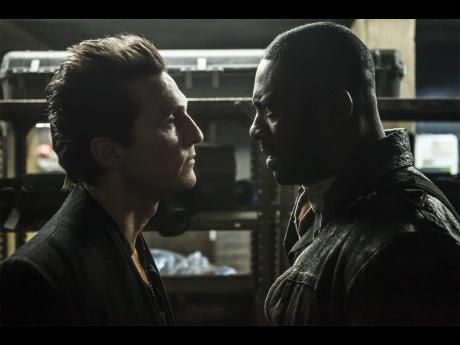 For those who declare that cinema is dead and Hollywood is out of ideas, this is another notch in the win column for you. The Dark Tower is yet another adaptation of a classic story by Stephen King. This time, instead of killer clowns and rabid dogs, the horrors of this tale lie in the mystical dark tower, a gargantuan structure with the sole function of keeping at bay evils from a different dimension. The evil man in black seeks to destroy the tower, and it's up to a young man and a gunslinger to stop him.

Like many films, The Dark Tower is a perfectly acceptable movie on the surface level. It has characters that embody age-old archetypes - the reluctant hero, the chosen one, the all-powerful supervillain. The character's themselves are flat, but the roles are perfectly serviceable. It's only when you dig a little deeper that the film begins to fall apart.

At the heart of The Dark Tower is a simple idea: The innocence of a child is the key to saving the world. With so many films predicated on the idea of innocence being a hindrance, it was refreshing to see something new. The trouble is, the movie betrays this idea almost immediately, and insults your intelligence in the process. Instead of providing the deep, complex story it sets up, the film would rather show a slick action scene or two.

With a non-engaging script and characters that are hard to root for, The Dark Tower is a certifiable dud. Even its cast, bookended by two of the most charismatic actors working today, can't save this film from feeling like an opportunity to catch up on some much-needed rest.