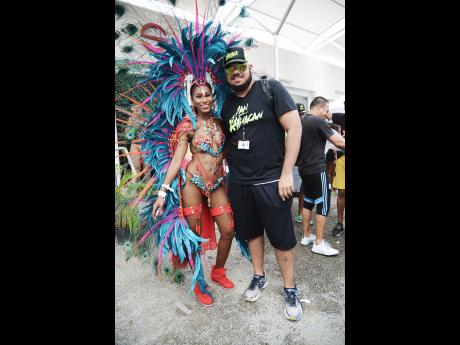 Xaymaca International's directors are following up on their own suggestions.

"I would encourage that we begin planning as soon as our Carnival 2017 has ended. This is the only way for us to fully maximise our potential," director Andrew Bellamy told The Gleaner in an interview during the last carnival season.

This extends from the Xaymacan organisers to the masqueraders.

On August 20, via an Instagram post, it was announced that the Xaymaca International Band will have its launch on November 11, 2017.

"Xaymaca did extremely well for 2017, especially given that we launched last out of all the 'pretty mas bands' in Jamaica," he said. "However, we noticed that the local carnival industry is evolving quickly and the interest for carnival is growing rapidly. As such, we decided to launch early to showcase our product to our targeted masqueraders with no added pressure, and to allow ourselves more time to deliver another epic experience in 2018."

He continued, "We didn't make this move for a competitive advantage. In fact, this decision was one focused on the Xaymacan masquerader, as well as one ensuring that we can effectively showcase, produce and deliver the most premium experience on the road in Kingston for Carnival 2018. Within the carnival industry throughout the region, it is commonplace for bands to launch anywhere from four to seven months before carnival day," Bellamy told The Gleaner.

This period should allow bands sufficient time to: acquire raw materials, produce costumes, make detailed plans for the distribution of costumes and the mechanics of the road execution. It should also allow officials and agencies adequate time to implement their own plans for public management on carnival day.

"There are so many stages involved between launching a band and actually pumpin' down the road', and Xaymaca plans to ensure that every stage is enjoyable and fulfilling," he said. "Along the journey from launch to carnival day, we intend to keep our masqueraders engaged and excited through pop-up fÍtes, our Xaymaca Cruise, through our participation at fÍtes being organised by our partners, random 'lymes' and many more surprises," Bellamy said.