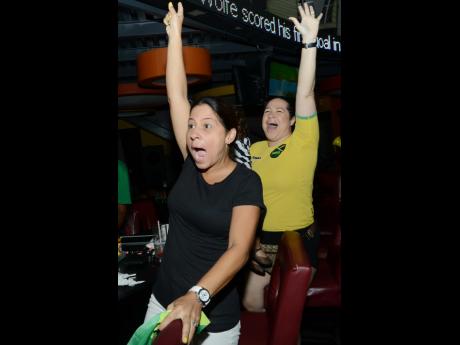 File
In this 2013 file photo, these persons ejoyed Jamaica’s success at the World Championships at a viewing party at Tracks and Records. 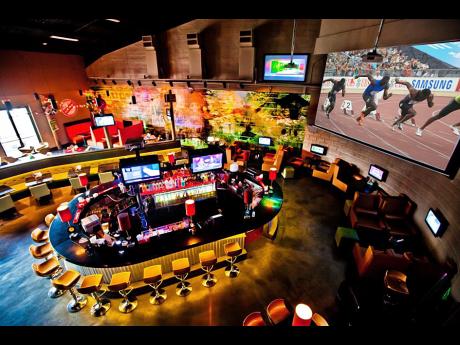 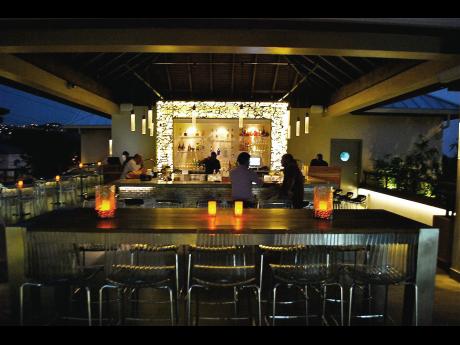 Several sports bars across the Corporate Area have seized the opportunity to capitalise on the potential earnings the Floyd Mayweather and Conor McGregor clash tomorrow night.

Jodi-Ann Barnes, restaurant manager at Usain Bolt's Tracks and Records, told The Gleaner that whenever there is a big sporting event taking place across the world, the restaurant always has a package prepared for persons who want to find a spot and enjoy the moment with friends.

"We are big on sports at Tracks and Records, and our patrons know that. They always expect us to come out with exciting packages whenever there is a big event, and this one is no different," Barnes said.

"We will be having Red Stripe and Heinekin bucket deals all night, as well as white rum and chaser specials. We will be selling tables, so persons who want to be exclusive and intimate can come out with their friends and just have fun."

CRU Bar and Kitchen will also be offering packages of their own. They have 300 spaces available for persons who want to watch the fight there at a cost of $1,500. Persons will receive a free Corona upon entry. For persons who want exclusivity, CRU is also reserving tables. Prices for packages range from $12,000-$25,000. Each package comes with a personalised server. CRU will also be offering Barcadi cocktails specials all night as well as CRU platter specials.

The fight will start at 9 p.m., but the party will start two hours earlier at CRU as they have a pre-game party as part of their entertainment package. A live DJ is expected to get the excitement going before the fight.

Triple Century's Dayna Rhodes told The Gleaner that as one of the hottest sports bars in the island, Triple Century will not be left out of the action. They will have Heineken bucket deals going for $1,700 and a 333 platter special for $3,000, which includes corn tortillas with cheese, 6 piece wings and fish tacos.

Other sports bars that will be showing the match include 100 on Hope Road, A-Bar in Springs Plaza and Terrace Bar and Grill at Southdale Plaza.

The match could bring and will be showing the fight at their respective establishments at a cost.

The Gleaner spoke to the managers of a few of these establishments who reveal that although the fight will be taking place in Las Vegas, boxing fans in Jamaica are just as excited to see the action. They are expect that patrons to flood their establishments as they seek to capitalise on the impressive entertainment packages they have prepared for 'fight night'.