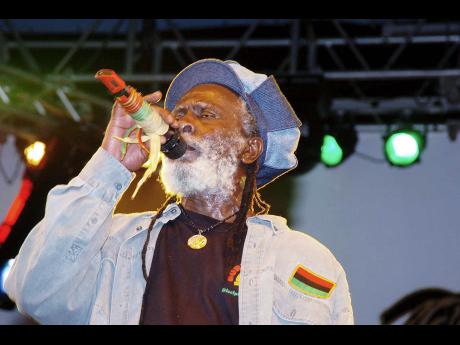 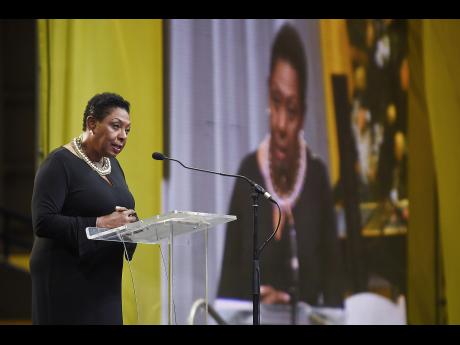 On Saturday night, Minister of Culture, Gender, Entertainment and Sport Olivia 'Babsy' Grange was the guest speaker at a concert by reggae singer Spiritual, and she used the performer's similarity to another Jamaican artiste, as a starting point to talk about how music helped her through a difficult time in her life.

"He reminds me of Burning Spear," Grange said of Spiritual. "There was a time when I was held in a particular place, in the '70s. The music of Burning Spear was the only solace." She added that ET (the late disc jock Errol Thompson) played Burning Spear's music on radio, which is how it came to her. "It was inspiration that made us strong to go though what we did at the time."

Grange ended her brief address shortly after, but the night's host, Tommy Cowan, made the situation she was talking about clear to the audience of specially invited guests. "She said she was in a particular place. Them lock her up!" he said.

Grange was locked up in the 1976 state of emergency called by the then governing People's National Party (PNP), and in a May 2015 interview with The Gleaner's Robert Lalah, recounted the experience. She said "the state of emergency had been declared and a group of us were at Belmont Road (JLP headquarters) in the night and I remember driving out and seeing an unmarked police car parked outside. I stopped the car and almost in joke called Pearnel (Pearnel Charles, fellow JLP activist) and told him that they coming for him tonight," It was she who was taken in that evening in Spanish Town, St Catherine.

As the first woman held in the state of emergency, Grange was held alone and had no news of the world outside initially.

"It was a prison guard, who I suppose felt sorry for me, who slipped me a little transistor radio through the bars. That was when I finally was able to hide and listen to the news," Grange said. And, it would appear, the voice of Winston 'Burning Spear' Rodney.

His most recent album before Grange's detention was Marcus Garvey (1975), a standout work from his catalogue which includes Ol' Marcus Garvey, Slavery Days and The Invasion, in addition to the title track, which Spiritual performed on Saturday night.