Music and More | Fewer artistes on the walls 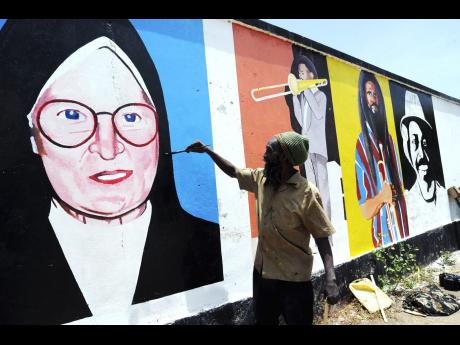 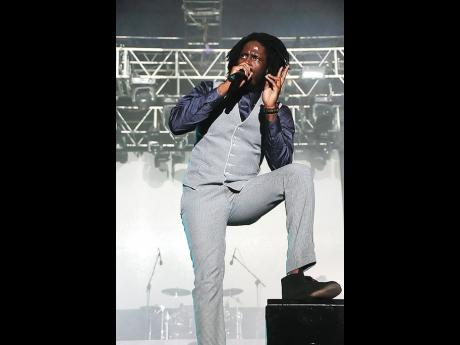 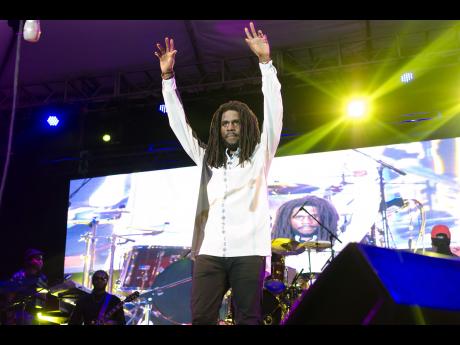 It may just be my lack of exposure and currency, but it appears that there are fewer large drawings of Jamaican popular music performers on walls around Kingston (at least, the places that I frequent). While I am sure that there is healthy does of nostalgia involved in my assessment, I am convinced that the honouring of popular performers by an artist investing their time, ability and resources to recreate a popular pose on a wall in their community has gone down.

Of course, Bob Marley is a prime candidate for this graphic reproduction which can disappear with a fresh paint job. In the 1980s into the 1990s Beenie Man, Bounty Killer, Shabba Ranks, Baby Cham and Sizzla were among those whose faces were painted larger than life. Then, in the 2000s, Vybz Kartel and Mavado were prime candidates for the artists' brushes. However, the popularity of persons like Chronixx, Spice and Aidonia does not seem to have come with the need to represent them on walls around the city.

If I am correct about the decline, there are a few factors which could have led to this. One is that the tools and method of distribution have changed. So, instead of finding an appropriate place, getting the endorsement of the community, doing the painting (which is really the people's version of a statue, serving the same purpose of honouring without achieving the same permanence) and then depending on persons passing by to see, it is now a matter of a computer and the Internet. Just like how paper use has been reduced by email, text messages and WhattsApp, maybe wall use has been reduced by computer based graphic art. After all, this method reaches more people (including outside the country), the creation and editing possibilities are infinite and the hard work won't be wiped out with a community clean-up paint job.

Another possibility is that the clean-up of dons' images after the Tivoli Incursion in 2010 put a damper on the urge to paint artistes' images in public spaces. This method of informally (yet very powerfully) demonstrating the dons position of power was a no-no in the aftermath of the hunt for Christopher 'Dudus' Coke and general crackdown on persons dubbed 'area leaders'. Many a don had his face wiped out by the paintbrush (even if he was not wiped out by the lawmen) and it may be that it also affected the desire to paint any image at all in the public spaces, including singers and deejays. Plus, one cannot escape how in a very few, striking cases the lines between donship and performing arts were blurred.

There may be yet another factor, that in an era where so much content is available at the tap of a smartphone screen there is simply no longer a deep enough interest among sufficient persons, in particular singers and deejays, to warrant a painting on a wall. That would, by extension, indicate that the intense mass connection to individual performers has fallen off. This in turn leads to the question of Jamaican popular music producing more per-formers who galvanise the imagination of the public in their homeland. For listening to and appreciating music is one thing. Embracing underlying values and attitudes to the extent that paintings spontaneously pop up around the Jamaican capital is another.

Of course, all this could be misguided speculation because the paintings are there and I just don't get out enough. If so, let me know where they are.