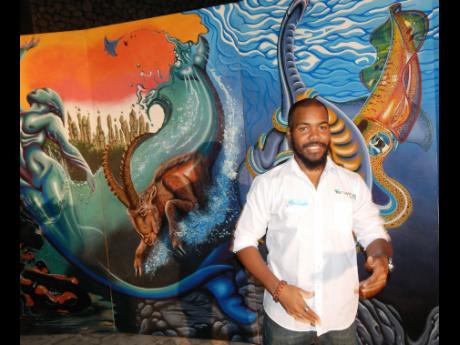 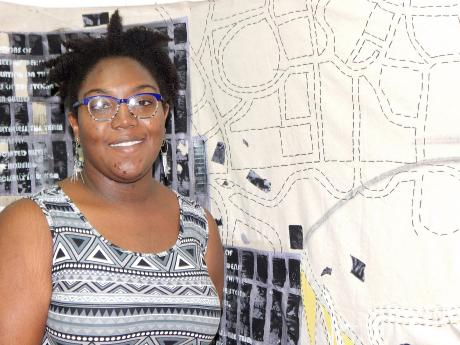 Michael Reckord
Desanna Watson with pieces from her mixed-media artwork, ‘Retention of a Colonial Past’, in the background. 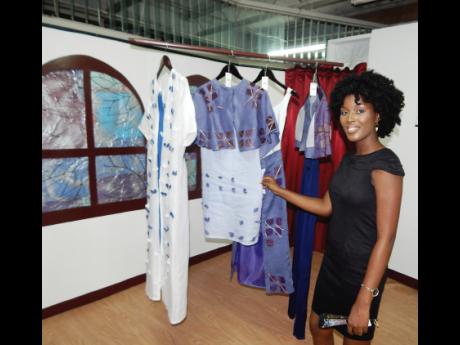 Michael Reckord
Davene Jonas with pieces from her Modesty in Fashion line.
1
2
3

The School of Music at the Edna Manley College of the Visual and Performing Arts (EMCVPA) should expand its programme for the study of music technology, says former Director of Studies Michael Harris. Harris believes the move would lead to an increase in employment opportunities for graduates.

A devoted user of music technology, Harris was speaking at the EMCVPA last Thursday. Following his address, the dean of the school, Roger Williams, assured the audience that the school had indeed embraced music technology. He later explained to me that courses in the technology stretch over four semesters for third- and fourth-year students.

In his video-illustrated talk, Harris explained that technology was not only circuit boards. "It is innovation and discovery. It is a way of capturing information, processing it, repackaging and disseminating it in a new format. Technology is a way of emulating the sounds of acoustic instruments and the environment and then mangling them, twisting or reorganising them, redesigning them, combining them with others, melding and using them in songs and compositions and so much more."

Interestingly, the talk about music was injected into an evening organised by another EMCVPA school - the School of the Visual Arts - for members of corporate Jamaica to view the school's final-year exhibition. Unexpectedly, while visitors were looking at the displays mounted by 40 students inside and around the school, they were asked to go to the college's art and craft shop to hear Harris' talk.

Leighton Estick's illustration, 'Origins', which takes up two-thirds of the EMCVPA amphitheatre, is about evolution, myth, cosmology and even racism. He told me it took him a whole year to conceptualise and seven months to create the 16-panel work.

Desanna Watson's theme is reflected in the name of her mixed-media work spread around the room - 'Retention of a Colonial Past'. It shows scenes on and the names of Kingston's streets, roads, avenues and lanes from 1705 to the 1990s.

Akeen Bell, who is due to get his Bachelor of Fine Arts in photography, has three large photographs on display. He told me they are part of his Be Free series, which examines mental enslavement. The concept began with a simple incident - his assumption that two men who drove on to a construction site he was working of were the owners simply because they were white. When he began questioning himself about the assumption, he concluded it stemmed from the island's experience of slavery.

Romario Reid, who displayed a family of headless figures made from newspaper, calls his exhibition Storytelling. He found, he said, that there was relatively little crime and violence in rural Clarendon where he lived and heard many stories from his grandmother, but there was much crime and violence in Kingston, where people told fewer stories. He reasoned that people lose their heads (to violence) when they don't communicate (through storytelling).

Fashion designer Davene Jonas also created clothes with a purpose. She told me that her apparel line - Modesty in Fashion - was for Christian young women who wanted to be both stylish and modest.